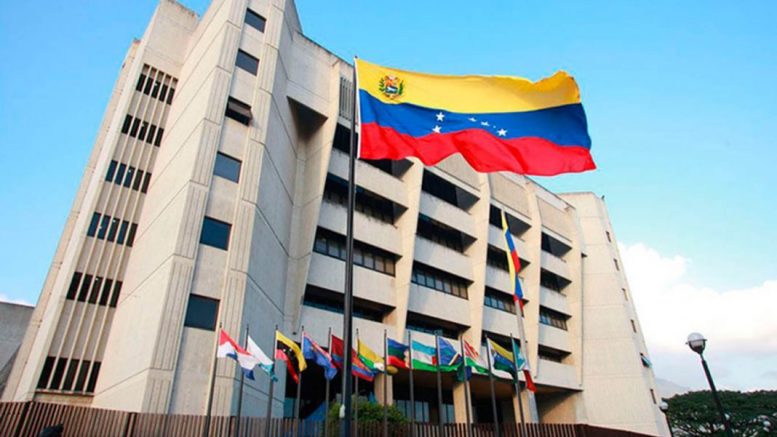 The Constitutional Chamber of the Supreme Court of Justice (TSJ) declared the decision of the National Assembly “null and void of any validity”, which despite its [status in] contempt, approved on Wednesday the alleged reinstatement of Venezuela to the Inter-American Treaty of Reciprocal Assistance (TIAR).

In a decision announced this Friday, the Constitutional Chamber of the Supreme Court declared the decision null and void, and ratified the president of the Bolivarian Republic of Venezuela, Nicolás Maduro, as the only person who can be in charge of concluding or ratifying international agreements on behalf of the country.

In this regard, Justice Juan José Mendoza Jover explained that in today’s judgment No. 248, the Constitutional Chamber declared the absolute nullity of Venezuela’s returning to the TIAR.

“The alleged reinstatement of Venezuela into the Inter-American Treaty of Reciprocal Assistance (TIAR) is void, without validity and legal efficacy. Consequently, any action that is carried out with the purpose of applying said treaty must be considered an act hostile to national sovereignty and an aggression against the territory, the Venezuelan people, peace and international law, ” said Justice Mendoza while reading fragments of the aforementioned sentence.

Below you can read the summary:

Decision: The ABSOLUTE NULLITY and LACK OF LEGAL EFFECTS of the agreement issued by the National Assembly is declared in serious and continuous contempt of the “reinstatement” of the Bolivarian Republic of Venezuela to the Inter-American Treaty of Reciprocal Assistance (TIAR). REITERATES THE ASSAULT ON THE STATE OF LAW AND ALL PUBLIC POWERS by the National Assembly, an organ that is in contempt and whose acts are absolutely null. RATIFIES THE EXHORT to the Public Ministry to criminally investigate the alleged materialization of constitutive behaviors of criminal types contemplated in the Constitution and in the law. RATIFIES that any action by the National Assembly and any body or individual against what is decided herein will be void and devoid of any legal validity and effectiveness, without prejudice to the responsibility to which it may take place. ORDER to send a certified copy of this decision to the National Constituent Assembly; to the National Executive Power, in the person of the Constitutional President of the Bolivarian Republic of Venezuela, citizen NICOLÁS MADURO MOROS, and to the Attorney General of the Republic, for the purposes of exercising their corresponding powers. ORDER the wide international dissemination of this judgment and the dissemination through the Ministry of Popular Power for Foreign Relations, of the various embassies and diplomatic representations accredited by the Bolivarian Republic of Venezuela. URGES the Ministry of Popular Power for Foreign Affairs to formally participate in the content of this ruling before the international organizations it deems appropriate. ORDER the notification to the National Constituent Assembly, for its consideration and relevant decision-making, of the pronouncement of the Constitutional Chamber of the Supreme Court of Justice contained in this judgment.