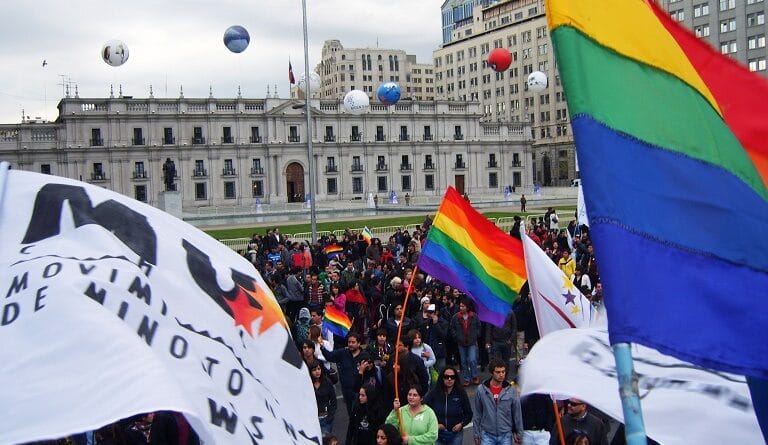 On Tuesday, December 7, the Chilean Senate voted in favor of marriage equality. For this to become law, the initiative still needs to complete a final step—approval in the Chamber of Deputies. The law has been expected for years by Chile’s LGBTIQ+ community.

Currently, the only legal procedure in force in Chile, that can legally bind same-sex couples is the Civil Union Agreement, which was approved in 2015, and which grants all of the rights stipulated by marriage, except the possibility of adoption and the filiation rights for the children of same-sex couples. This will change if the new initiative becomes law.

The Senate approved the initiative by 21 votes in favor, eight against, and three abstentions.

Opposition Senator Ximena Rincón, after casting her vote in favor of the initiative, declared, “We are now reaching that day when we become better as a country and as a society.”

For his part, Senator Felipe Kast stated that “today is a day of joy and freedom.”

If approved by the Chamber of Deputies, Chile would become the ninth country in the Americas to legalize marriage equality after Canada, the United States, Costa Rica, Ecuador, Colombia, Brazil, Uruguay and Argentina. In Mexico, it is legal in 14 of its 32 states.