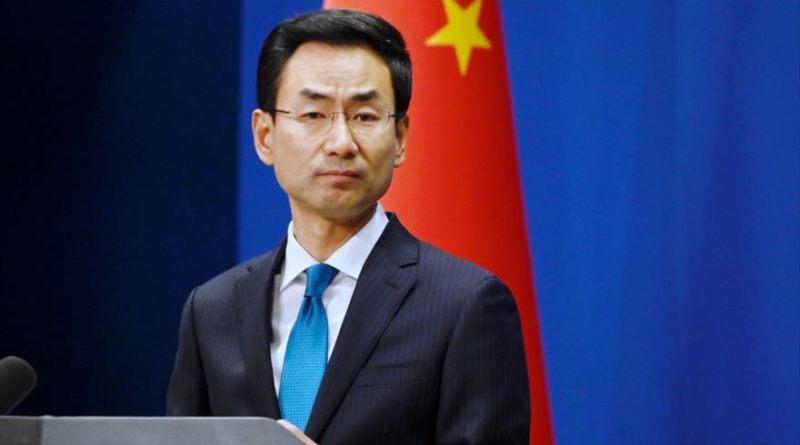 China, via its Foreign Ministry, reiterated it will not be persuaded by the United States to abandon its cooperation with Venezuela and notes that it will continue.

Spokesman for the Chinese Ministry of Foreign Affairs, Geng Shuang, made the remarks on Wednesday, shortly after Washington’s special envoy to Venezuela, Elliott Abrams, reported US attempts to convince China not to buy Venezuelan oil anymore.

“Regardless of the changes in Venezuela, the Chinese-Venezuelan cooperation will continue to develop,” said the Chinese spokesperson and stressed that the cooperation between the two countries is “legal and beneficial for the people of both countries, and as such should be respected and protected.”

Geng has also urged Washington to support the return of Caracas to a normal development path. “We hope that the United States becomes aware of the facts, and stops abusing with sanctions and other coercive measures,” he said.

Likewise, the Chinese Foreign Ministry has once again expressed its rejection of the recent US sanctions. against Russian state oil company Rosneft for trading with Venezuela. “We oppose any interference in the internal affairs of other countries, just as we are against unilateral sanctions and extraterritorial jurisdiction,” he said.

On Tuesday, the administration of US President Donald Trump imposed sanctions on Rosneft and Didier Casimiro, one of its directors, for his collaboration with Venezuela, in particular, for supplying Venezuelan oil to foreign markets.

RELATED CONTENT: China: The US is an Empire of Hackers that Spies on Everyone

In this regard, the Foreign Minister of Venezuela, Jorge Arreaza , repudiated the new US restrictive measure and said he will prove the criminal nature of all embargoes before the International Criminal Court (ICC).

According to Venezuelan authorities, since 2017, the US has imposed more than 150 sanctions against the Bolivarian country in order to cause the legitimate government to fall. The most recent case was the sanction last February 7 against the state airline Conviasa.

Featured image: The spokesman for the Chinese Ministry of Foreign Affairs, Geng Shuang, during a press conference in Beijing, the capital.