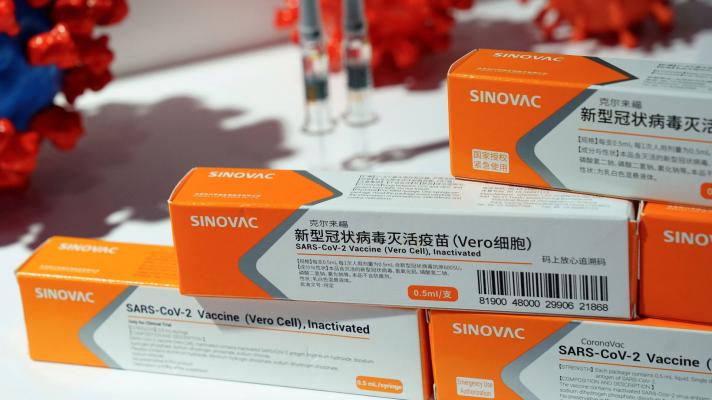 In a recent column featured in Mundo Sputnik, Uruguayan journalist Raúl Zibechi provided some important data regarding the ”vaccine race” taking place between China and the United States and its Western allies.

China ”has been able to export no less than 700 million doses around the world, while the US has barely sold 3 million doses abroad,” according to an Asia Times report that Zibechi cited in his column.

”Months ago, President Xi Jingping of China declared that vaccines were a ‘global public good,’ and his government has been acting accordingly,” added Zibechi. ”Contrary to this, according to journalist David Hutt, ‘The US has been accused of stockpiling vaccines as new outbreaks continue to devastate much of the developing world.'”

Zibechi provided more illuminating data regarding the hoarding of vaccines in Western countries. ”Studies have shown that up to two-thirds of the vaccines administered by Western pharmaceutical companies were applied in the US and the United Kingdom,” wrote the Uruguayan researcher. ”China, on the other hand, has provided more than 700 million vaccine doses to more than 90 countries, either through sales or through donations.”

To those who have accused the Asian giant of using vaccines as ”geopolitical leverage,” Zibechi points out that ”… those who accuse China of exercising ‘vaccine diplomacy’ and winning allies through donation, should know that, according to Bridge Consulting, as of May 2021, China has donated 16.5 million doses and sold 691 million to 84 countries.”

”China has assured the world that it can produce up to 5 billion vaccine doses by the end of this year,” Zibechi continued. ”Meanwhile, the London-based information and analytics company Airfinitiy informs that the US has produced up 333 million vaccine doses, but has, so far, only exported three million. Evidently, being the workshop of the world, as well as having controlled the epidemic has given the ‘Dragon’ enormous advantages.”

Zibechi also cited a survey conducted in Asia. ”The State of Southeast Asia Report, a survey conducted by the ISEAS Institute and focused on intellectuals and opinion-makers in the region showed that, according to the responses of those who participated in the survey, ‘China was the country that provided the most aid to the region during the pandemic last year (44%), compared to Japan (18.2%) and the US (9.6%).'”

Featured image: Verocell, one of the COVID-19 vaccines manufactured in China, has been exported to countries around the world. Photo: Tingshu Wang / Reuters