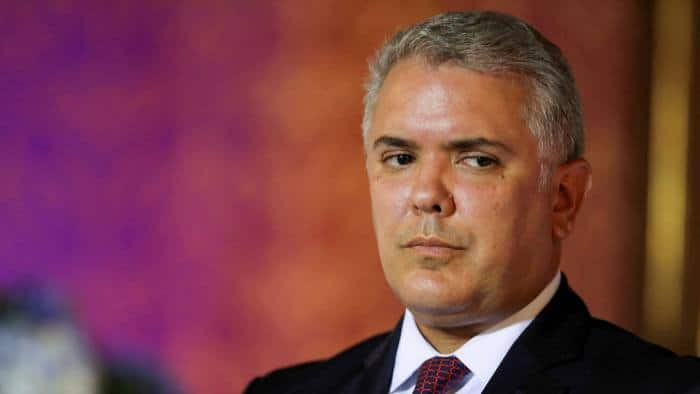 Colombia has been in an extreme situation of political and social crisis for the past three weeks. However, the Foreign Ministry of the country seems unaware of this.

Instead of engaging in the task of explaining to the world the country’s current problematic situation, the Colombian Ministry of Foreign Affairs has determined that the best course of action is to deal with the problems of others.

The Deputy Minister of Foreign Affairs, Adriana Mejía, traveled all the way from Bogotá to Cúcuta in order ”to observe, first-hand, the Venezuelan refugee and migrant situation in Norte de Santander.”

This appears to be such an inopportune activity in a country currently immersed in a big enough crisis of its own; a crisis so big that no government could occupy itself with anything else. This is probably why the event barely deserved a brief tweet from the Foreign Ministry and a couple of photos without much of the usual ”saving the world” pretense.

The Venezuelan Foreign Affairs Minister commented on this matter, and he too did so with a few words, simply describing the whole affair as a literal “high intensity smoke screen.”

Appeal from international organizations
The protests in Colombia have cost the lives of more than 50 people and have even attracted the attention of organizations such as Amnesty International.

The organization has urged the US government to stop all kind of cooperation with the Colombian police, for the Duque administration has deployed the security forces against the civilian population, and this has been responsible for a fierce repression of unarmed protestors.

Amnesty International has explicitly urged US President Biden to cooperate with ending the repression by ceasing to equip the Colombian police. The situation has revealed that, although Colombia is in an internal crisis, said crisis also has a global dimension.

RELATED CONTENT: Port Resistance: The Autonomous Zone at the Heart of Colombian Protests

Amnesty International has called for the ”immediate cessation of supply, sale, and direct or indirect transfer of equipment” that is being used to suppress the protests.

However, this appeal from the organization is not to be a permanent condition. It will only be in effect ”until the security forces fully comply with international law and standards regarding the use of force.”

Featured Image: Iván Duque, president of Colombia, is trying to divert attention from the situation of sociopolitical crisis in his country by whatever means possible. Photo: Reuters.