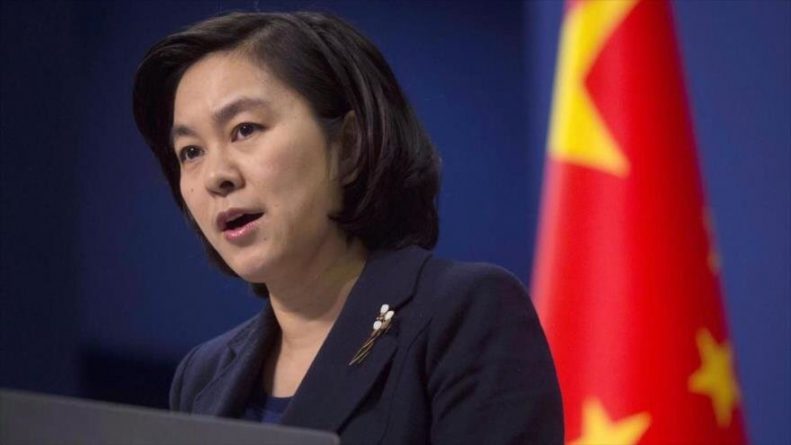 China calls for respecting the sovereignty of Venezuela and rejects any foreign interference in the decisions of the South American country’s government.

The spokeswoman of the Ministry of Foreign Affairs of the Asian giant, Hua Chunying, has defended Thursday the new measures of the Venezuelan president, Nicolás Maduro, to recover the national economy.

The diplomat has urged not to interfere in the internal affairs of Venezuela, while has expressed the willingness of Beijing to work to resolve the political crisis that crosses the country through dialogue between the parties involved.

The regional media have interpreted China’s announcement as an endorsement of Maduro’s second term in the face of the denial of the opposition sector and certain countries in the area that do not recognize the legitimacy of the new mandate of the Chavista leader. The head of the National Constituent Assembly (ANC) of Venezuela, Diosdado Cabello, informed on Wednesday the decision of the National Justice to open a “formal investigation” to find out if the National Assembly has brake the law in its recent decisions.

In recent years, despite pressure from the United States, the Asian giant has significantly increased its relations, in the economic and military fields, with several Latin American States, such as Venezuela and Panama, a circumstance that has raised great concern among the country’s authorities from North American.

Venezuela has an external debt of some 150 billion dollars, of which 28 billion are with China, its largest creditor.

Beijing, in order to help Caracas guarantee the buying of energy and, on the other hand, strengthen an ally opposed to the United States in Latin America, injecting more than 50 billion dollars into Venezuela.