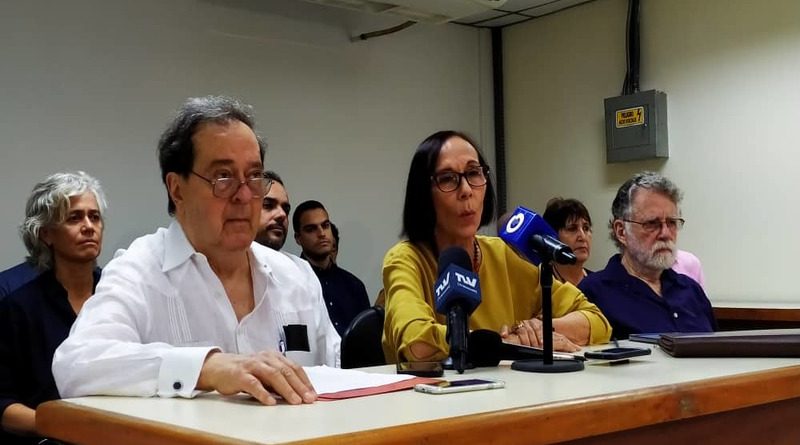 A large group of personalities from different political tendencies spoke on Friday at the University Parish of the UCV (University of Central Venezuela) to demand political agreements and support for the dialogue in which Norway appears as a mediator.

Among those present were the Venezuelan jurist and former judge of the Inter-American Court of Human Rights, Pedro Nikken, as well as the sociologist and university professor, Maryclen Stelling, who stressed that with this initiative they seek to promote a dialogue network in the country.

According to Stelling, the idea is to call for dialogue from the social bases. “We believe that the dialogue in Venezuela must have different expressions,” she said.

She also pointed out the importance of citizens to stop seeing themselves as enemies to the death and begin to recognize and meet again as Venezuelans and then move towards a dialogue.

On this issue, she considered that it is the only way to find a solution to the crisis that is affecting the country and that its development will be lengthy, due to the sensitivity of the issues that are addressed there.

At the meeting, the social actors demanded that the leaders of Chavismo and the opposition take urgent measures “in the face of a multidimensional crisis that encompasses each of the areas of society and expresses itself in the deterioration of the living conditions of the country’s population.”

Similarly, they said they hope to hold a series of meetings, such as this Friday where they will express their rejection of any form of violence, interference or foreign imposition.