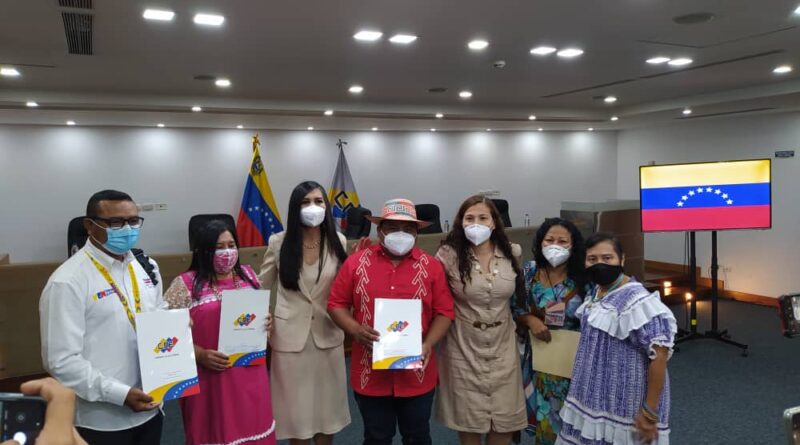 This Monday, Venezuelan National Electoral Council (CNE) delivered the certifications to the deputies elected as Indigenous representatives for the National Assembly, as reported by the electoral body on its Twitter account.

“The @ve_cne announces the deputies for Indigenous representation at the National Assembly, elected December 9, as well as the delivery of the Totalization, Adjudication and Proclamation Act to the participating organizations,” read the tweet.

During the ceremony the President of the CNE Indira Alfonzo stressed that for more than six months, the institution practiced arduous work, confronting great challenges, but “always having as its guide the safeguarding of the sovereign will of the people.”

She stressed that the CNE, in recognition of the constitutional right of Indigenous peoples to political participation, and in compliance with the mandate of the Supreme Court of Justice (TSJ), developed a body of regulations and a special schedule for the election of these representatives.

RELATED CONTENT: Venezuela Votes in Defiance of US Calls for Election Boycott: The Meaning of the Results – New Series of Webinars on Venezuela (Video)

“Once again, this Electoral Power has responded, in an adequate and timely manner, to the demands of the Constitution, citizens, political and indigenous organizations, and the historical moment that our country and the world are experiencing,” she said.

Likewise, she gave special thanks to the members of the National Totalization Commission who—like the men and women of the Electoral Power—demonstrated an admirable and irreducible professional and ethical commitment to democracy.

This election was held on December 9 through 37 general assemblies, which had previously required the holding of more than 3,500 community assemblies in the three regions of the country that have sizeable Indigenous populations: West, South and East.