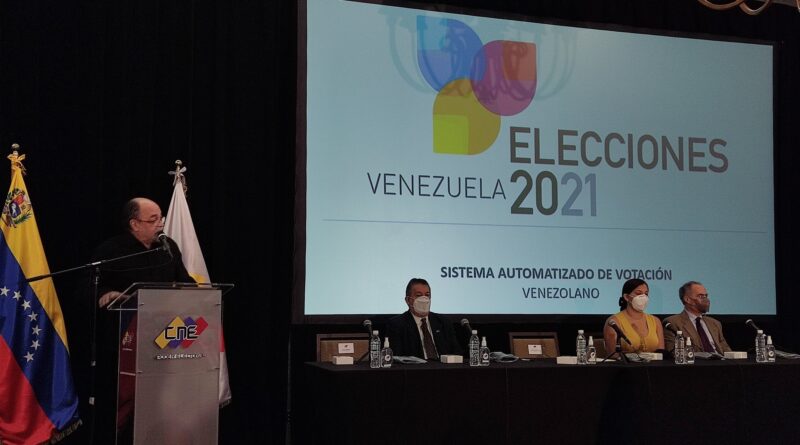 On Thursday, November 18, the president of Venezuela’s National Electoral Council (CNE), Pedro Calzadilla, reported that the electoral authority has extended its international observation, oversight, and accompaniment plan to some 300 individuals from 55 countries, including four observation missions deployed throughout the country.

This was announced during a meeting with the diplomatic corps accredited in the country, in which Calzadilla offered a report on the activities carried out by CNE rectors since the call for the November 21 regional and municipal elections was issued.

He also noted that 87 organizations with political purposes (political parties) are participating in this election. In addition, Calzadilla reminded the Venezuelan people that the elections for Indigenous communities will be held on November 26.

Calzadilla, who pointed out that the CNE expanded a set of electoral guarantees for citizens, highlighted the extensive battery of audits to which the Venezuelan voting system is subjected.

He explained that the CNE website (www.cne.gob.ve) contains the minutes of all the audits carried out for this election, which have been validated and certified with signatures by the representatives of the political parties.

Calzadilla assured that the report delivered by 10 Venezuelan academic experts on the Comprehensive Audit of the Automated Voting System expressed that “there is no doubt that this automated voting system meets all the conditions and guarantees so that the people of Venezuela trust that their will shall be expressed with clarity, transparency, and directness on the day of the elections.”

“We have a figure that says a lot, measuring the political vitality of the country,” Calzadilla said. “We have around 70,000 candidates. We did a great job to ensure that these applications comply with the principle of gender parity. 49.4% were women and 50.6% men.”