As the protagonist of an intense and permanent battle in defense of the rights of oppressed peoples, President Nicolás Maduro defines the progressive forces of the Bolivarian Republic of Venezuela. Now, President Maduro is in the midst of the electoral process to choose regional and local offices.

The president addressed the issue this Wednesday, November 17, during his participation, via video-conference, in the World Day in Defense of Democracy and the Truth of Venezuela. The event was attended by more than 300 international guests of Maduro’s United Socialist Party of Venezuela (PSUV) who arrived in Venezuela to accompany the mega-election process to be held this Sunday, November 21.

“We are always in an intense battle to defend the rights of our peoples to peace, development, and sovereignty,” Maduro said in his address. “They are rights inherent in the history of struggle of all our peoples.”

Likewise, he said that the nation has been waging an intense battle in recent times against aggression, siege, and lies promoted by the US government, its direct allies on the international right, and its new indirect allies, whom President Maduro referred to as “the cowardly left that dresses itself in progressivism.”

This latter sector constitutes “the new indirect allies who validate their speeches against our revolutions, our peoples, our processes, for the empire to come and launch its sanctions, its threats, and its cruel policies against our noble peoples,” the president said. 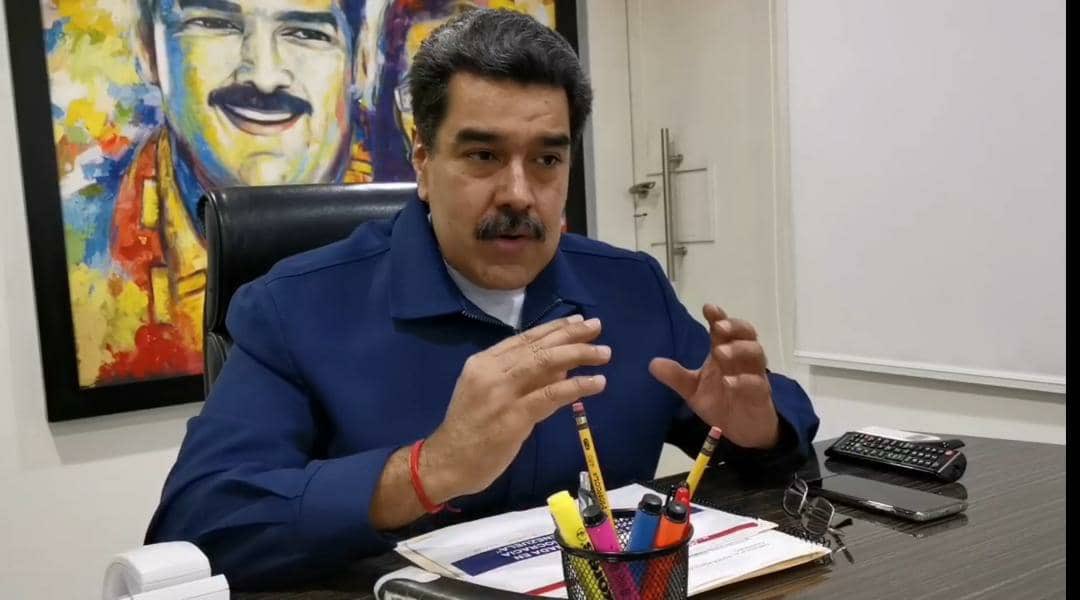 Permanent campaign
Venezuela’s president also recalled that the country will hold its 29th election of the democratic era consolidated with the arrival to power of the Bolivarian Revolution in 1999. In addition, he emphasized that Venezuelan society has made progress in its system of direct participatory democracy, with millions of citizens now active in communal councils.

Along the same lines, he again denounced the permanent campaign that as never before has been carried out on radio, television, and on all social media platforms, against the development of political processes such as those of Venezuela.

“No one is going to come and impose anything on us,” the president said. “Only the Venezuelan people will be the owner and guarantor of our lives, our institutions, and democracy.”

At the World Day in Defense of Democracy and Truth in Venezuela, organized by the International Secretariat of the PSUV, Maduro emphasized the great value he places on the most powerful defense that the Venezuelan people can put in place—the exercise of democracy as the agents of the participatory process that will take place next Sunday, November 21.