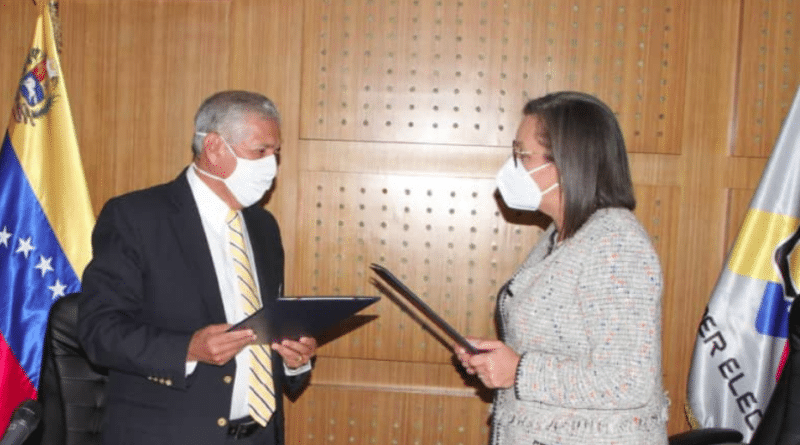 The information was offered from the headquarters of the Venezuelan electoral power, after the signing of an agreement between the CNE and CEELA to guarantee the transparency and operation of the electoral process scheduled for December 6.

“This country once again and in a sovereign manner, has invited us to participate in its electoral process, with more than 300 observers, to guarantee the integrity and transparency of the process. We have signed an agreement to work clearly on the elections, and that agreement will be evaluated by Latin American magistrates,” he said.

For his part, the head of the International Electoral Observation Mission of the Latin American Council of Electoral Experts (CEELA), Guillermo Francisco Reyes González, added that from this Thursday until next Monday a process of accompaniment to the CNE will be carried out.

“We have just arrived in the country, corresponding to an agreement to respond to any oversights, since our mission respects the free choice of the peoples,” he said.

He assured that through a virtual process—due to the pandemic—the proposals, questions and recommendations of the CNE have been followed up on. “Our task will be eminently technical. We do not promote ourselves nor will we do so with political aspects, as we have done so for fifteen years in Latin America, and in Europe as well,” he said.

He explained that they provide support to the countries in their area, which is eminently technical. And he announced that a calendar was agreed to with the CNE, and in meetings with candidates from all political sectors: “our agenda will be framed within the agreed activities, that is why we’ve never been criticized. As of this Thursday we will be accompanying the audits, and on Monday, before leaving the country, we will leave a report on the transparency of the electoral process,” Reyes added.