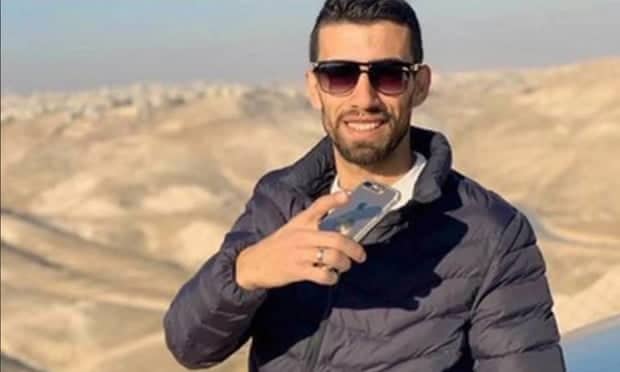 February 23, 2021.-  Israeli forces executed a 26-year-old Palestinian at a checkpoint in the occupied West Bank last year, a report has alleged, challenging Israeli police claims that the man was a “terrorist” conducting an attack.

Forensic Architecture, a British research body based at Goldsmiths, University of London, said it had conducted an analysis into the death of Ahmad Erekat, who was shot seconds after his car crashed into a booth and lightly wounded an Israeli border guard.

The incident last June was described on the day by Israeli police as a “vehicle attack”, saying that its forces had “quickly neutralize [sic] the threat from the terrorist”.

In the past few years, Palestinian attackers have used car-rammings against Israeli security forces and civilians.

However, Forensic Architecture said its investigation, which reconstructed the scene using available film, including security footage published by police, cast “significant doubt” on claims Erekat was involved in an attack, and suggested the crash may have been an accident.

RELATED CONTENT: Will Impunity Reign or will International Criminal Justice Come for Israel?

A collision expert cited in the report, Jeremy J Bauer, found the car was not accelerating significantly and hit the woman at low speed. “Our analysis also comes across evidence that raises the possibility that Erekat braked before impact with the checkpoint,” the report said.

Israeli forces had not produced “any evidence that it was not the result of an error or malfunction”, it added.

According to Erekat’s family, he was running chores for his sister’s wedding, which was due to take place later that day.

Israeli police claimed Erekat “approached officers” after the crash. Forensic Architecture said video proved he had “raised his hands in the air, moved away from the soldiers, and did not pose any immediate threat”.

He was shot up to six times within seconds, it said, adding that Israeli forces offered no immediate medical aid, even while he was clearly alive. The killing amounted to an extrajudicial execution, it concluded.

Erekat’s body was stripped and left for more than an hour and a half on the ground, it said.

Forensic Architecture is headed by Eyal Weizman, a British-Israeli professor at Goldsmiths. It has conducted several open-source investigations that use 3D modelling, including into the Beirut port explosion and US police brutality.

This is the first investigation by the body’s Palestine Unit and was supported with documentation by the Palestinian human rights organisation Al-Haq.

Responding to the report, Israeli police claimed Erekat had moved “quickly towards the border police officers” while “waving his hands in a manner deemed threatening”.

Police and military investigators had concluded that “Erekat carried out a deliberate ramming attack”. Without providing evidence, police said information on Erekat’s phone “reinforced” that conclusion.

It added Erekat had no pulse minutes after the incident and was pronounced dead. “During the entire incident, there was no degrading treatment.”

It said it would not be able to comment on holding the body, as it was part of legal proceedings in the high court.

B’Tselem, an Israeli rights group, says the country is holding dozens of bodies of Palestinian attackers and alleged attackers to use “as bargaining chips for future negotiations”. Hamas, a Palestinian militant group, is believed to hold the bodies of two Israeli soldiers.

Featured image: Erekat was shot seconds after his car crashed into a booth and lightly wounded an Israeli border guard.