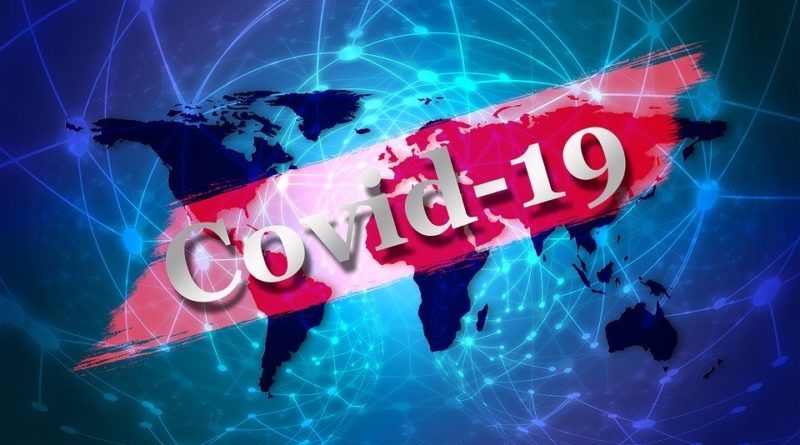 On January 30th 2020, the World Health Organization (WHO) declared a Public Health Emergency of International Concern (PHEIC) in relation to China’s novel coronavirus (2019-nCoV) categorized as a viral pneumonia. The virus outbreak was centred in Wuhan, a city in Eastern China with a population in excess of 11 million.

In the week prior to January 30th decision, the WHO Emergency Committee “expressed divergent views”. There were visible divisions within the Committee. On January 30th, a far-reaching decision was taken without the support of expert opinion at a time when the coronavirus outbreak was limited to Mainland China.

There were 150 confirmed cases outside China, when the decision was taken. 6 in the United States, 3 in Canada, 2 in the UK, etc.

What was the risk of being infected? Virtually zero.

The WHO did not act to reassure and inform World public opinion. Quite the opposite: A “Fear Pandemic” rather than a genuine Public Health Emergency of International Concern (PHEIC) was launched.

Outright panic and uncertainty were sustained through a carefully designed media disinformation campaign.

Almost immediately this led to economic dislocations, a crisis in trade and transportation with China affecting major airlines and shipping companies. A hate campaign against ethnic Chinese in Western countries was launched, followed by the collapse in late February of stock markets, not to mention the crisis in the tourist industry resulting in countless bankruptcies.

The complexity of this crisis and its impacts have to be addressed and carefully analysed.

What we are dealing with is “economic warfare” supported by media disinformation, coupled with the deliberate intent by the Trump administration to undermine China’s economy. The ongoing economic dislocations are not limited to China.

There are important public health concerns which must be addressed. But what motivated the Director-General of the WHO to act in this way? Who was behind this historic January 30th decision of the WHO’s Director General Tedros Adhanom Ghebreyesus. Our subsequent analysis (in the timeline below) reveals that powerful corporate interests linked to Big Pharma, Wall Street and agencies of the US government were instrumental in the WHO’s far-reaching decision.

What is at stake is the alliance of “Big Pharma” and “Big Money”, with the endorsement of the Trump Administration. The decision to launch a fake pandemic under the helm of the WHO on January 30, was taken a week earlier at the Davos World Economic Forum (WEF). The media operation was there to spread outright panic.

But this was not the first time that the WHO decided to act in this way.

An atmosphere of fear and intimidation prevailed. The data was manipulated.

Based on incomplete and scanty data, the WHO Director General nonetheless predicted with authority that: “as many as 2 billion people could become infected over the next two years — nearly one-third of the world population.” (World Health Organization as reported by the Western media, July 2009).

It was a multibillion bonanza for Big Pharma supported by the WHO’s Director-General Margaret Chan.

In June 2009, Margaret Chan made the following statement:

“On the basis of … expert assessments of the evidence, the scientific criteria for an influenza pandemic have been met. I have therefore decided to raise the level of influenza pandemic alert from Phase 5 to Phase 6. The world is now at the start of the 2009 influenza pandemic. … Margaret Chan, Director-General, World Health Organization (WHO), Press Briefing 11 June 2009)

In a subsequent statement she confirmed that: September 2019: The official US-WHO position is that the coronavirus originated in Wuhan, Hubei Province and was first discovered in Late December. This statement is questioned by Chinese and Japanese virologists who claim that the virus originated in the US.

A renowned Taiwanese virologist pointed to evidence that the virus could have originated at an earlier stage, stating : “We must look to September of 2019”.

Coronavirus Epidemic: WHO Declares a “Fake” Global Public Health Emergency
Chinese media intimates (without corroborating evidence) that the coronavirus could have been brought to China “from a foreign source” during the CISM Military World Games.

10,000 soldiers from 109 countries will participate Simulation Exercise of a coronavirus epidemic which results in 65 million dead. Supported by the World Economic Forum (WEF) representing the interests of Financial institutions, the Bill and Melinda Gates Foundation representing Big Pharma:

In October 2019, the Johns Hopkins Center for Health Security hosted a pandemic tabletop exercise called Event 201 with partners, the World Economic Forum and the Bill & Melinda Gates Foundation. … For the scenario, we modeled a fictional coronavirus pandemic, but we explicitly stated that it was not a prediction.

Instead, the exercise served to highlight preparedness and response challenges that would likely arise in a very severe pandemic. We are not now predicting that the nCoV-2019 outbreak will kill 65 million people.

Although our tabletop exercise included a mock novel coronavirus, the inputs we used for modeling the potential impact of that fictional virus are not similar to nCoV-2019.“We are not now predicting that the nCoV-2019 [which was also used as the name of the simulation] outbreak will kill 65 million people.

.Although our tabletop exercise included a mock novel coronavirus, the inputs we used for modeling the potential impact of that fictional virus are not similar to nCoV-2019.”

Several of the occurrences of the nCoV-2019 exercise coincided with what really happened.

In the Event 201 Simulation of a Coronavirus Pandemic, a 15% collapse of financial markets had been “simulated”.

It was not “predicted” according to the organizers and sponsors of the event.

Private sector initiative. Participation of corporate execs, foundations, financial institutions, Banks, Big Pharma, CIA, CDC, No health officials on behalf of national governments or the WHO. The simulation exercise was held on the same day as the opening of the CISM World Militaty Sports Games in Wuhan. January 1, 2020: Chinese health authorities close the Huanan Seafood Wholesale Market after Western media reports that wild animals sold there may have been the source of the virus. This initial assessment was subsequently refuted by Chinese scientists.

January 7, 2020: Chinese authorities “identify a new type of virus” which was isolated on 7 January. The coronavirus was named 2019-nCoV by the WHO exactly the same name as that adopted in the WEF-Gates-John Hopkins October 18, 2019 simulation exercise.

January 22, 2020: WHO. Members of the WHO Emergency Committee “expressed divergent views on whether this event constitutes a PHEIC or not”.

January 21-24, 2020: Consultations at the World Economic Forum, Davos, Switzerland under auspices of the Coalition for Epidemic Preparedness Innovations (CEPI) for development of a vaccine program. CEPI is a WEF-Gates partnership. Note: The development of a 2019 nCoV vaccine was announced at Davos, 2 weeks after the January 7, 2020 announcement, and barely a week prior to the official launching of the WHO’s Worldwide Public Health emergency on January 30. The WEF-Gates-CEPI Vaccine Announcement precedes the WHO Public Health Emergency (PHEIC).

January 30, 2020: Geneva: WHO Director General determines that the outbreak constitutes a Public Health Emergency of International Concern (PHEIC). This decision was taken on the basis of 150 confirmed cases outside China, First case of person to person transmission in US is reported, 6 cases in the US, 3 cases in Canada, 2 in the UK.

The WHO Director General had the backing of the Bill and Melinda Gates Foundation, Big Pharma and the World Economic Forum (WEF). There are indications that the decision for the WHO to declare a Global Emergency was taken on the sidelines of the World Economic Forum (WEF) in Davos (January 21-24) overlapping with the Geneva January 22 meeting of the Emergency Committee.

Both WHO’s Director Tedros as well as Bill Gates were present at Davos 2020. Bill Gates announced the Gates Foundation’s $10 billion commitment to vaccines over the next 10 years.

January 31, 2020 – One day later following the launch of WHO Global Emergency, The Trump administration announced that it will deny entry to foreign nationals “who have traveled in China in the last 14 days”. This immediately triggers a crisis in air transportation, China-US trade as well as the tourism industry, leading to substantial bankruptcies, not to mention unemployment.

Immediately triggers a campaign against ethnic Chinese throughout the Western World.

Early February: the acronym of the coronavirus was changed from nCoV- 2019 (its name under the October Event 201 John Hopkins Simulation Exercise before it was identified in early January 2020) to COVID-19.

February 28, 2020: A massive WHO vaccination campaign was announced by WHO Director General Dr. Tedros Adhanom Ghebreyesus

Who was behind this campaign: GlaxoSmithKline in partnership with the Coalition for Epidemic Preparedness Innovations (CEPI). It is a Gates-WEF partnership, both of which were sponsors of the October 18, “Simulation Exercise”. The campaign to develop vaccines was initiated prior to decision of the WHO to launch a Global Public Health emergency. It was first announced at the WEF meeting at Davos (21-24 January).

Late February – Early March: China: More than 50% of the infected patients recover and are discharged from the hospitals. March 3, a total of 49,856 patients have recovered from COVID-19 and were discharged from hospitals in China. What this means that the total number of “confirmed infected cases” in China is 30,448. (Namely 80,304 minus 49856 = 30,448 (80 304 is the total number on confirmed cases in China (WHO data, March 3, 2020). These developments concerning “recovery” are not reported by the Western media

March 5, WHO Director General confirms that outside China there are 2055 cases reported in 33 countries. Around 80% of those cases continue to come from just three countries (South Korea, Iran, Italy).

These figures confirm that we are not facing a global health emergency, that the probability of infection is low. And Based on China’s experience the treatment for the virus infection is effective.

March 7: USA: The number of “confirmed cases” (infected and recovered) in the United States in early March is of the order of 430, rising to about 6oo (March 8).

Early March: IMF and World Bank To the Rescue

The WHO Director General advises member countries that “the World Bank and the International Monetary Fund have both made funds available to stabilize health systems and mitigate the economic consequences of the epidemic”. That is the proposed neoliberal “solution” to COVID-19. The World Bank has committed $12billion in so-called “aid” which will contribute to building up the external debt of developing countries.

March 7: China: The Pandemic is Almost Over

Reported new cases in China fall to double digit. 99 cases recorded on March 7. All of the new cases outside Hubei province are categorized as “imported infections”(from foreign countries). The reliability of the data remains to be established:

99 newly confirmed cases including 74 in Hubei Province, … The new cases included 24 imported infections — 17 in Gansu Province, three in Beijing, three in Shanghai and one in Guangdong Province.

We are dealing with a complex global crisis with far-reaching economic, social and geopolitical implications.

We have provided factual information as well as analysis in a summarized “common sense” format.

Is is important that COVID-19 be the object of widespread debate and that the “official interpretations” be forcefully challenged.

We ask our readers to forward this article as well other Global Research articles pertaining to the COVID-19 coronavirus.