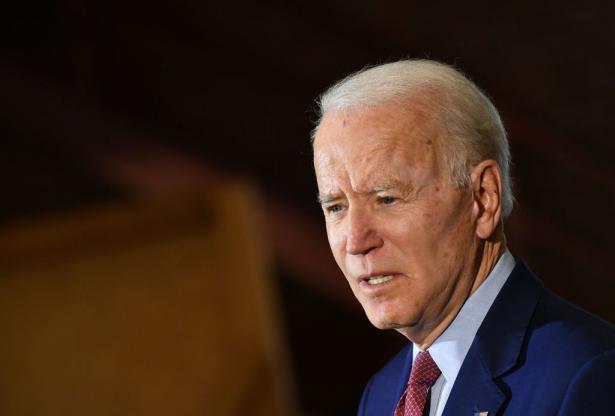 We deserve a presidential candidate who will eradicate high-stakes testing, champion teachers and public schools, and help free students from the shackles of student debt. Joe Biden is not that candidate.

ith Joe Biden one of only two leading candidates remaining in the Democratic primary, voters deserve to know the truth about his record on public education. Years of thwarting desegregation efforts, pushing privatization, and imposing high-stakes testing make it clear that Joe Biden cannot be trusted to defend our public schools.

As Delaware’s senator, Biden helped Republicans pass George W. Bush’s 2001 No Child Left Behind Act (NCLB), which ushered in the punitive testing regime that so many teachers, parents, and students oppose today. Instead of addressing the glaring racial and economic barriers to educational achievement, NCLB made educators “accountable” for poor testing outcomes by laying them off and closing their schools.

As vice president, Biden spoke in favor of the so-called school reform agenda, which doubled down on NCLB’s draconian testing mandates and made federal funding contingent on states supporting charter schools — nearly doubling charter enrollment from 2008 to 2016. Linking teachers’ pay and job stability to student test scores proved so destructive that the National Education Association called for Secretary of Education Arne Duncan to resign, and parents, students, and teachers formed a movement to opt out of high-stakes testing.

When it comes to school privatization, Biden has been inconsistent at best. Though he has voted against vouchers for private schools, he did speak of them favorably in a 1997 floor speech. Under pressure from the growing nationwide Red for Ed movement, he acknowledged that charter schools take resources away from public schools. But unlike the plan being pushed by Senator Sanders — who was one of the few lawmakers to cast a courageous vote against NCLB — Biden’s education platform makes no mention of halting charter school expansion or curbing their excesses.

Biden’s record on school desegregation is particularly problematic. A leading anti-busing crusader, Biden said in a 1975 interview that “[t]he real problem with busing is that you take [white] people who aren’t racist, people who are good citizens, who believe in equal education and opportunity, and you stunt their children’s intellectual growth by busing them to an inferior school.”

When Senator Kamala Harris at the July 2019 presidential debate called out Biden’s efforts to thwart desegregation, he refused to apologize — instead specifying that he just opposed “forced busing” (a term used by conservatives) by the Department of Education, an agency that has played a historic role in protecting students’ civil rights.

RELATED CONTENT: Stop Calling It A “Stutter”: Here Are Dozens Of Examples Of Biden’s Dementia Symptoms

Earlier that month, at a fundraiser, Biden reminisced about his days collaborating with infamous segregationists while assuring his wealthy donors that “nothing will fundamentally change” in their standard of living if he is elected president. Though he later apologized for praising defenders of Jim Crow, he has yet to apologize for his role in undermining federal efforts to integrate schools.

In terms of higher education, Biden played a major role in passing the 2005 bankruptcy legislation that made it nearly impossible for students in financial distress to discharge their student loans. Biden often touts his relationship with President Barack Obama, but while Biden broke Democratic ranks to support the bill, Obama voted against it. Elizabeth Warren, a bankruptcy law professor at the time, called Biden out for his “energetic work on behalf of the credit card companies” that “earned him the affection of the banking industry.” She was right: between 2003 and 2008, when the bankruptcy bill was being debated, Senator Biden received a half a million dollars from credit card companies and banks.

Thanks to that Biden-backed 2005 legislation, private student loan debt more than doubled between 2005 and 2011, from $55.9 billion to $140.2 billion. Today, one in three young adults is strapped with student debt, and 3 million Americans over sixty are still trying to pay it back. Both Elizabeth Warren and Bernie Sanders acknowledged this as a crisis and offered plans to cancel student debt. When asked whether he supported their proposals, Biden dismissed them as “unrealistic.”

At a time when school districts are segregated at pre–Brown v. Board of Education levels, educators, parents, and students deserve a candidate who will honor the principle “separate is not equal.” We deserve a candidate who will eradicate high-stakes testing, who will champion teachers and public schools, and who will help free students from the shackles of student debt. If his decades-long record is any indication, Joe Biden is not the candidate that our schools so urgently need.