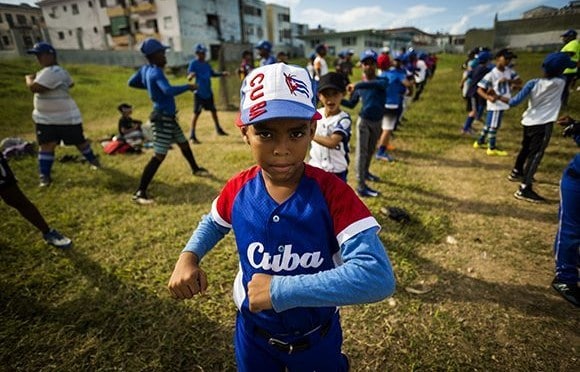 I have been to Cuba three times this year, in the service of the United Nations Food and Agriculture Organization (FAO). The country is seriously affected by the US blockade, aggravated by Trump’s aggressive policy. There is a lack of cooking gas and fuel for vehicles. Merchant ships are threatened with sanctions if they travel to Cuba to unload their containers. All U.S. flights to the island are suspended by order of the White House, except those landing in Havana.

In spite of everything, Cuba resists. The population is aware that the government does everything to avoid the difficulties, and that the blame for the shortcomings lies with the blockade, which has lasted for 59 years.

In January, I participated in “Cuba Knows”, an international gastronomic event that brought together chefs and food producers, with highlights for Cuban and Italian cuisine. At the beginning of February I attended the seminar promoted by the Ministry of Agriculture of that country and the FAO on food sovereignty and nutritional education. Today, Cuba imports 60% of the food it consumes, at a cost of $2 billion a year.

I attended the Book Fair, dedicated this year to Vietnamese literature, which ran at full speed. And the 12th International Congress on Higher Education, which brought together representatives from 45 countries in Havana to discuss Agenda 2030 on the Objectives of Sustainable Development.

Today, in order to obtain foreign currency, Cuba depends on the remittance of money made by Cubans living outside the country (around $1 billion / year); on contracts obtained by sending doctors and teachers to more than 100 countries; on tourism, which reached almost 5 million visitors / year in the Obama era, and now suffers a reduction (which is reflected in the production of goods and services); and on the export of products such as vaccines, cigars and rum.

In December 2019, Miguel Díaz-Canel, the country’s president, summarized the reasons why the US trying to strangle Cuba: “On the 61st anniversary of the Revolution, we were shot to death and yet we are still alive.”

The United States violates international law with a declared genocidal purpose, as Lester D. Mallory of the State Department said in April 1960:

“The majority of the population supports Castro. The only foreseeable way to get internal support for him is through disenchantment and dissatisfaction stemming from economic malaise and material difficulties. We must quickly employ all possible means to weaken Cuba’s economic life, to provoke hunger, desperation and the fall of the government”.

By ceasing to receive for its exports, Cuba lost $2.34 billion in one year. Products of high quality and recognized effectiveness, such as cigars and Heberprot-P (to regenerate the skin of diabetics and avoid amputation of the affected part) are prohibited from entering the U.S. market. And the U.S. prevents others from exporting to Cuba any product containing 10% or more of U.S. origin components, such as raw materials, technology, software, etc. This is reflected in basic sectors such as food, medicine and transport.

The financial blockade prevents Cuba from obtaining external financing to purchase inputs and raw materials. A Cuban who suffers from severe cardiac maladjustment cannot have ventricular support equipment, which would allow him to prolong life until transplantation.

The US also hinders access to the Internet by making connection more expensive and conditioning access to platforms and technologies.

At the UN, of the 193 member countries, 190 rejected the blockade in 2019, except for the US, Israel and now Brazil. But who will punish Uncle Sam? What he did learn, upon being defeated by the Vietnamese, is that it is possible to overthrow governments, but never a united and determined people like the Cubans.