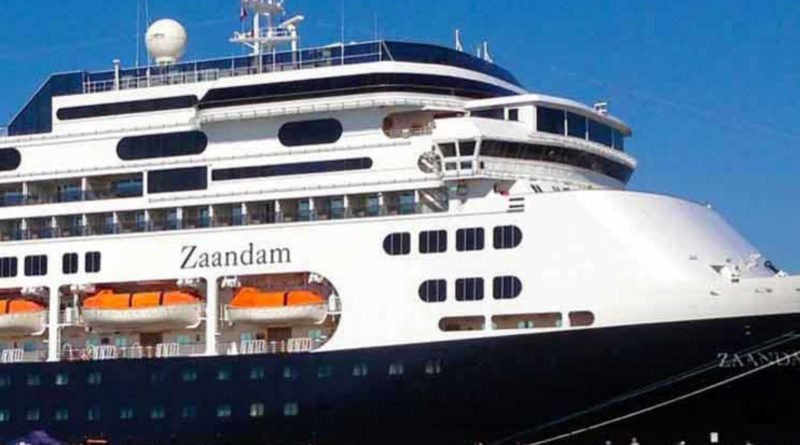 Panama, Mar 27 (Prensa Latina) The cruise ship Zaandam, with passengers sick with influenza on board, will arrive today in the territorial waters of Panama, where the authorities will allow the encounter with a rescue ship from the owner’s company, Holland America.

The Panama Maritime Authority (AMP) reported in a statement that the ship requested “authorization to carry out a ship-to-ship operation with the ship Rotterdam, which comes from the port of San Diego, United States”, which was allowed to anchor eight nautical miles (14.8 kilometers) from the Panamanian coast.

“This operation was requested in support of human beings who are on board with influenza symptoms and seeks a transfer of medical supplies to them,” said the AMP, which concluded that this does not represent a danger to Panamanians.

“The Bay of Panama and its anchorage areas have unique favorable characteristics for this type of activities, such as calm waters, little wind, conditions that in other parts of the Pacific area could put at risk the lives of the crew members who carry out this sort of operation,” the agency clarified.

At midnight local time, the Zaandam sailed 71 nautical miles (132 kilometers) southeast of the Azuero Peninsula, heading for the Pacific entrance of the Panama Canal, while the Rotterdam whas doing the same at close distance, and must transfer medical supplies, including kits to diagnose Covid-19 and healthcare personnel.

Until now, the health situation on board is not known, where an influenza outbreak forced passengers to be confined in their cabins, because they have no means of verifying whether it is the pandemic that affects the world, according to information published by crew members on social media.

The AMP recorded that they will offer the “humanitarian and peace of mind support available to people on board this vessel”, without compromising the country’s health integrity, in compliance with the procedures and guidelines of the Panamanian Ministry of Health (Minsa).

Both this governing agency of maritime activity, and the head of Minsa, Rosario Turner, previously warned that “passengers will not be allowed to disembark on Panamanian soil” if it is found that they have some type of influenza condition or viral infection of SARS-Cov- 2 that triggers Covid-19.

Accounts of two Australian passengers, posted on Facebook, claim that the captain of the cruise ship, Ane Jan Smit, reported that after unsuccessful attempts to dock in Chilean and Peruvian ports for its 1,243 passengers and for part of the 586 crew to return by plane to their countries, they would go to Fort Lauderdale, United States.

The question that arises is whether the Minsa and the Canal Authority will allow its transit by the waterway, if it is shown that the ship has pandemic virus contamination on board.