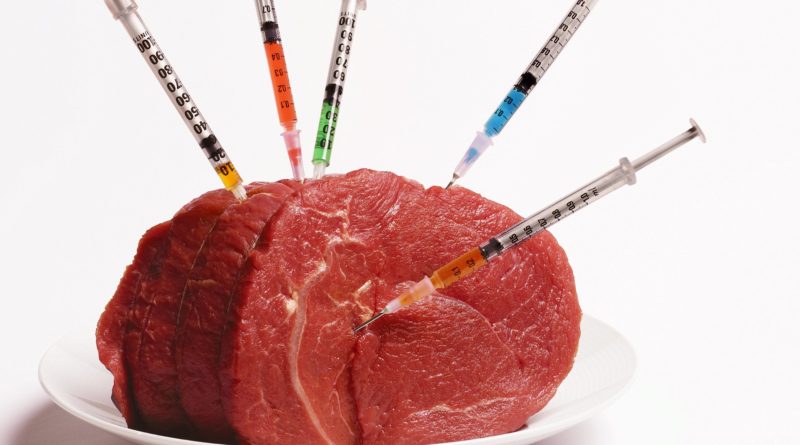 Coronavirus cases are continuing to accelerate as the world’s most affluent countries, for a change, bear the brunt of a serious infectious illness. Yet again it is the bulk of populations that will really suffer, however, as multinational corporations and establishment centres seek to consolidate their wealth and influence.

The number of official infections worldwide is set to surpass the 700,000 mark, an increase of about half a million cases in two weeks. More than 30,000 people have so far died. The most powerful country of all, America, has comfortably the highest number of infections in the world, at over 120,000. (1)

Around 18,000 fresh cases alone were detected in America on 27 March 2020, a record daily increase. Figures for 28 March in the US are once more revealing a very large quantity of new cases, with New York containing almost half of all nationwide reported diagnoses. More than 140,000 people globally have recovered from the coronavirus.

Actual statistics in America may be much higher, and there is every sign that many tens of thousands of new coronavirus detections will occur there in the weeks ahead. With a population less than a quarter that of China’s, the US is already suffering far more from this disease by comparison to their main rival in the world arena.

The coronavirus will hit America’s people hard, due to the country being dominated to an unusual degree by extreme wealth, which has increased notably during the neoliberal era. America’s healthcare system, designed for the well off, is not remotely organised to handle a highly infectious disease which is proving difficult to eradicate.

The most likely reasons behind the coronavirus developing is because of the following factors: Global industrial-scale meat production and its enormous antibiotic usage, combined with humanity’s ongoing attacks on planetary ecosystems, as closer interaction occurs between billions of people, their livestock and wild animals, all of which are potential carriers of both old and new infectious illnesses. Of this, there is an abundance of scientific research and evidence. (2)

It is a perfect storm that has been brewing, a breeding ground in which contagious maladies can spread forth. The arrival of a disease like the coronavirus has been an inevitability. It is no accident over the past generation especially, as the rate of environmental destruction grows, that so many different illnesses have sprung up around the planet.

Among the least likely causes behind the coronavirus emerging, is that of deliberate implantations into countries from people, or through biological/chemical warfare by hostile powers. Considering America’s very harmful post-1945 foreign policy record, fingers of blame were pointed early on in Washington’s direction, such as by the Chinese or Iranian governments (3). In these instances, there is simply no evidence to support their accusations.

The complaints of Beijing and Tehran are at least understandable, if one takes a brief glance at American hostility, specifically one notorious incident which could have destroyed the world. Washington has a history of implanting biological diseases and infestations inside the borders of designated enemies, such as Cuba, along with implementing invasions and terrorist campaigns. These malevolent actions performed a leading role which resulted in the Cuban Missile Crisis occurring in October 1962.

In August 1962, president John F. Kennedy formally decided to escalate Washington’s terrorist assaults against Cuba (Operation Mongoose), with these attacks thereafter occurring right up to, and even during the missile crisis itself two months later – which the Kennedy administration previously expected would culminate in a large-scale US invasion of Cuba, in October 1962.

The American author and historian, Aviva Chomsky, revealed of the Cuban Missile Crisis that, “In fact the major players in the United States emerge as more reckless than heroic… many of the claims made by the Soviets and Cubans, previously denied by U.S. sources, turned out to be true. The Cubans did fear another U.S. Invasion, and plans for such an invasion were indeed in the works. Soviet nuclear capability was in fact far behind what the United States had developed”.

Aviva Chomsky writes further, “The Soviet purpose of placing missiles in Cuba was to address real threats: to defend Cuba against U.S. attack and to respond to the global strategic and political nuclear advantage held by the United States… Despite U.S. promises, it refused to accept international oversight of its non-intervention pledge, and in fact U.S. plans to overthrow the Cuban government continued unabated”; and she notes that for humanity, “The brink was far closer than either the public at the time, or later historians, had realized”. President Kennedy afterwards informed his advisors that “our objective is to preserve our right to invade Cuba”, breaking all promises made which the Kennedy administration had no intention of ever keeping. (4)

In light of such examples as this, it is easy to empathise with the Chinese and Iranian governments for feeling paranoid. These two countries already endure regular intimidation by US economic and military power.

Focusing again on the coronavirus, with the disease having spread to almost every country worldwide, it has reportedly taken on two slightly different strains (“L-type” and “S-type”), as medical and biological experts have highlighted (5). It is not yet clear if one strain of the coronavirus is more severe than the other, but the current strains detected are almost identical.

Erik Volz, an epidemiologist at Imperial College London, said of the coronavirus in early March, “I think it’s a fact that there are two strains. It’s normal for viruses to undergo evolution when they are transmitted to a new host”.

Volz’ observations are supported by Ravinder Kanda, a senior lecturer in evolutionary genomics at Oxford, who commented earlier this month that, “There do appear to be two different strains. The L-type might be more aggressive in transmitting itself, but we have no idea yet how these underlying genetic changes will relate to disease severity”.

Maladies such as the coronavirus are particularly prone to quick mutations, even on a person-to-person basis, which scientific analysts have noted. There is nothing sinister, or unusual, about a different strain of this disease occurring in countries thousands of miles apart, like Italy and China. There is nothing odd either regarding a separate strain unfolding across nations close to China’s shores.

That Italy and America could contain the same variety of virus, does not at all mean that such a strain was implanted or spread from the US into Europe. There is again no proof to support allegations behind the critical circumstances in this virus’s development. Such reflections count as mere speculation, particularly when not supported by studies conducted by professionals in the field.

One of the central developments to date of the coronavirus, is that it has been attacking most severely some of the world’s wealthiest countries and, crucially, the planet’s biggest tourist destinations: France, America, Germany, Italy and Spain. This indicates a great deal.

France is the most visited country on earth, followed by Spain and America, with Italy and Germany close behind (6). They consist mainly of the nations worst affected by the coronavirus from its earliest stages, and this is surely no coincidence. Nor is it a coincidence that, as things stand, those countries closed off from the world have virtually escaped the disease such as: Libya (1 case), Syria (5 cases), Laos (6 cases) and Myanmar (8 cases).

It is highly likely that the coronavirus was disseminated worldwide, primarily as a consequence of air travel relating to the tourist industry. This is especially so in an era of unprecedented globalisation, as people are flown every which way by the tens of millions each month. It accounts for the remarkable rapidity of the coronavirus expansion, and the appearance of the disease in dozens of countries on a seemingly simultaneous level.

In 2019 the number of tourists worldwide reached a record 1.5 billion, almost 20% of the entire human population (7). From early 2020, the coronavirus fanned out so quickly as millions upon millions of people descended on the above tourist destinations, and upon returning from such places to their home countries.

Moreover, it is impossible to analyse each person who passes through an airport, in order to judge if they were infected with the disease at that time. Symptoms do not show up at once, and are obvious only later on. One cannot estimate with a measure of real confidence precisely how this disease evolved, how it circulated, which strain developed where, through what countries, etc. Yet it is possible to examine the most likely causes of infectious disease development, based on broad scientific research.

From the early 1950s until today, humans have increasingly encroached into the environments of animals, birds, insects, etc., all of which can conceivably carry deadly ailments, as they have in the past. Any such disease could disperse from wild creatures, who usually have strong constitutions, to vulnerable pigs or cows, which may in turn pass on the illness to people.

By analysing the spread of potentially lethal illnesses, we can examine the issue of industrial meat production, and its dependence on antibiotic usage (8). This problem is in fact so significant, that it may be outweighed on a global threat level only by nuclear weapons and the climate crisis.

Countless millions of domesticated animals are herded together in dreadful indoor conditions, and to prevent disease circulation, they are pumped full of antibiotics. The never-ending use of antibiotics has been destroying their effectiveness, and is creating mutant, drug-resistant bacteria. The arrival of dangerous bacteria may constitute a foundation for the spawning of new contagious diseases. Antibiotic abuse is making the administering of these drugs less effective also in the treatment of human illnesses.

Antibiotics induce artificial weight gain in species like chickens, which is another reason for their use (9). Antibiotics are strongly endorsed by multinational corporations, who depend on the meat industry to maintain their high profit levels, such as fast food retailers McDonald’s and KFC. Big pharma are likewise profiting massively from meat manufacturing, and rake in about $5 billion each year from producing antibiotics for farm livestock. The US animal antibiotics industry amasses profits of around $2 billion a year, while its European equivalent takes home $1.25 billion per annum. (10)

The antibiotics market as a whole is worth $45 billion. Regulations, put forth in an attempt to reduce antibiotics in meat processing, are undermined by lobbyists connected to big pharma and fast food transnationals. What we have here is a vast, interconnected operation dedicated to collecting mega wealth, and which is inflicting wide-scale harm on the planet. In an age of neoliberal globalisation, governments are compromised and proving impotent in tackling these problems.

The World Health Organisation (WHO) has largely been co-opted to corporate power. Of the swine flu from a decade ago, researchers advising the WHO were paid millions of euro from the vaccine industry. A number of people, from big pharma, were present in secret advisory groups that were close to the WHO’s Director-General of the time, Margaret Chan, who retired from this role in 2017. (11)

The prestigious Danish physician Halfdan Mahler, who led the WHO for 15 years, had warned at the end of his tenure in 1988 that big pharma “is taking over the WHO”. His remarks went unheeded.