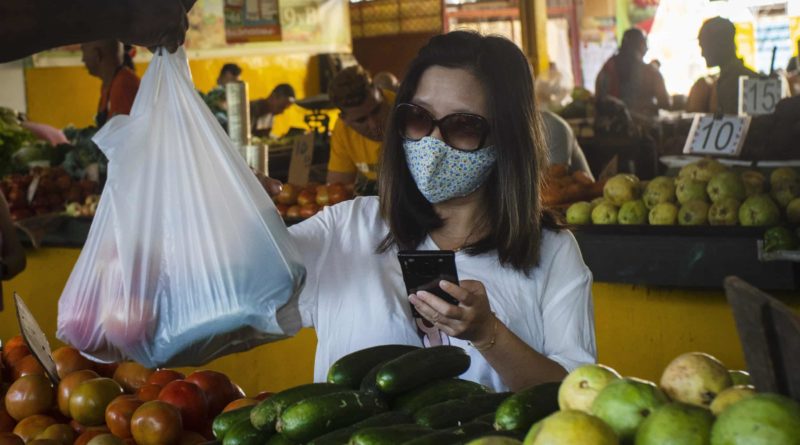 Justo Rodríguez mashes through the mud, whipping the two oxen that guide his iron plough as it slowly carves a furrow in the dry soil.

In normal times Rodríguez, 60, uses a tractor to plough these fields. But for months, the farm where he works 12 miles east of Havana, hasn’t had any diesel.

“It’s something to cry about, but we find ways to laugh,” said Rodríguez, pulling a wet cigar from his mouth. “We Cubans are like that – even with a bullet in the neck we keep laughing.”

Cuba is short of oil. In an effort to strangle its most indefatigable and intimate communist foe, the US has since April sanctioned tanker companies delivering petroleum to Cuba from Venezuela, its closest ally.

Just outside Havana, Misael Ponce, 43, manages a milk farm, which like many others embraced agro-ecology in the 1990s after the Soviet Union disintegrated and the island was left without imported animal feed, insecticides and fertilisers.

“It was a subsistence mechanism that we had to adopt,” said Ponce. All of the livestock’s fodder is grown on site to reduce dependency on the world outside. Oxen usually till half the soil (their manure is used as fertiliser), while a 67-year-old American tractor ploughs the rest.

But with the tractor out of action, the oxen now prepare the soil alone. Ponce thinks he can grow all the mulberry, king-grass and sugar cane he needs to feed the cows, and is confident he can hit his production target.

But he acknowledges his farmhands are now working much longer hours: “What you can do with a tractor in an hour, you do with an ox in a day.”

Others are less able to cope.

In the neighbouring province of Mayabeque, Leonardo Suárez’s tractor sits idle. He has no draught animals.

“Where, in today’s world, does agriculture function without petrol?” he asks rhetorically.

Normally Suárez, a former aviation engineer, cultivates black beans, but he says that is impossible at scale without tractors or animals, so now he is planting cabbage and lettuce by hand: “If this situation continues I’ll rent some oxen to plough a spot of land just for me and my family – because I’m not going to die of hunger!”

When the US embargo on Cuba was introduced in the 1960s the goal, according to the US Department of State, was to “bring about hunger, desperation, and overthrow of the government”. For six decades that goal has failed: Cuba is one of the only countries in Latin America to have all but eliminated hunger, according to the UN Food and Agriculture Organization.

State grocery stores (bodegas) guarantee all Cubans vital goods – such as rice, black beans, oil and a whole lot of sugar – at symbolic prices. Children are allocated three kilograms of powdered milk a month until they are seven. According to Unicef, policies like this explain why the island is one of the few countries in the hemisphere to have eliminated child malnutrition.

But the basic rations are often not enough and Cubans have grown accustomed to searching for items such as meat, cheese and ketchup.

Now, farmers worry about further impacts the petrol blockade could have on food.

“If this situation continues, I don’t even want to think about what will happen,” says Ponce.

Like so much else in Cuba, the government sees food as a question of national security. Only the state is permitted to slaughter cows (the population of which has reduced dramatically since the 1990s); farmers who butcher cows to sell on the black market can be imprisoned for up to a decade.

To stave off inflation, the government in August imposed price controls on food, a popular measure ensuring those earning meagre public sector salaries can just about afford a balanced diet. But economists say that if left in place too long, price controls reduce agricultural production in the private sector.

Over the past 12 months, the US has hit Cuba with the most potent sanctions in half a century. Dreams of a more prosperous future that followed the Obama administration’s rapprochement with the island seem a distant memory.

For now, essential foodstuffs are in stock at bodegas, and monthly rations of eggs, spam and chicken are arriving on time. But away from the lifeline planned economy, scarcity is increasing.

When rumours swirl that a consignment of hotdogs has arrived, day-long queues can form outside shopping malls.

In January the government cut cooking gas rations after the US sanctioned the state energy company which imports liquid petroleum gas.

In February, the minister for commerce, Betsy Díaz, told the population to brace for shortages of personal hygiene products due to “serious financial limitations”. Buying more fuel on the open market, she said, has forced the government to “choose between maintaining stable food supplies” and products for people’s cleanliness.

Toothpaste is out of stock throughout the east of the island. Soap was already in short supply before people could stock up – and the news that seven cases of coronavirus have been confirmed on the island has only heightened concerns that the sanctions may have mortal ramifications.

On a recent Saturday, plantains, cassava and muddy lettuces were stacked high at a market stall in Centro Havana. But black beans – which together with rice form the mainstay of the Cuban diet – have been out of stock all season.

“There’s been less fuel assigned to the lorries so we’ve had less stock coming in,” said one vendor who didn’t want to give his name for fear of reprisals.

“The crisis doesn’t affect me,” said Beatriz de la Caridad Domínguez, 23, at the same market stall. “If there’s no tomato, I eat plantain – I find a solution for everything.”

Featured image: A woman, wearing a protective mask as a precaution against the spread of the new coronavirus, buys vegetables at a market in Havana, Cuba, on Tuesday. Photograph: Ramón Espinosa/AP