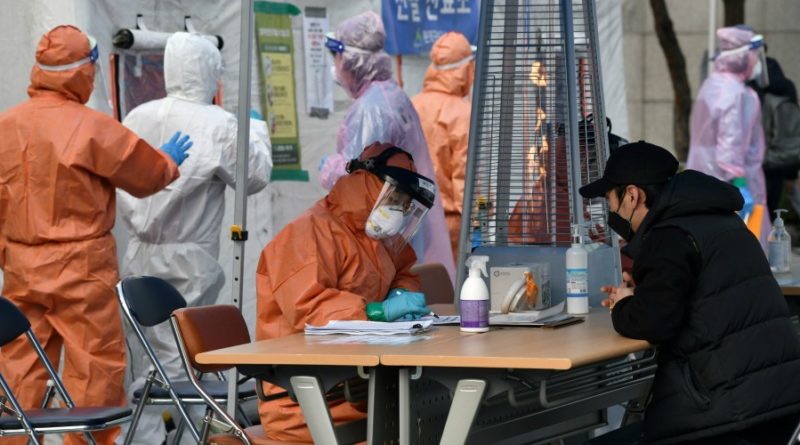 “Having a healthcare system that’s a public strategic asset rather than a business run for profit allows for a degree of coordination and optimal use of resources.”

As the coronavirus pandemic places extraordinary strain on national healthcare systems around the world, public health experts are making the case that countries with universal single-payer systems have thus far responded more efficiently and effectively to the outbreak than nations like the United States, whose fragmented for-profit apparatus has struggled to cope with the growing crisis.

“There is no need for people to worry about the tests or vaccine or cost of care if people become ill.” —Helen Buckingham, Nuffield Trust

“It is too soon to see definite outcomes among competing healthcare systems. But even in this early phase, public health experts say the single-payer, state-run systems are proving themselves relatively robust,” the Washington Post reported Sunday. “Unlike the United States, where a top health official told Congress the rollout of testing was ‘failing’ and where Congress is only now moving through a bill that includes free testing, the single-payer countries have been especially nimble at making free, or low-cost, virus screening widely available for patients with coughs and fevers.”

While the Trump administration only recently took steps to massively expand COVID-19 testing—sparking concerns that the outbreak in the U.S. is far more severe than official numbers suggest—countries with forms of single-payer healthcare like South Korea and Denmark have for weeks been offering “drive-through” testing and other innovative mechanisms, allowing them to quickly test hundreds of thousands of their citizens and respond accordingly.

“Unhampered government intervention into the healthcare sector is an advantage when the virus is spreading fast across the country,” said Choi Jae-wook, a professor of preventive medicine at Korea University in Seoul.

Jorgen Kurtzhals, the head of the University of Copenhagen medical school, told the Post that the strength of Denmark’s single-payer system is that it has “a lot of really highly educated and well-trained staff, and given some quite un-detailed instructions, they can actually develop plans for an extremely rapid response.”

“We don’t have to worry too much about whether this response or that response demands specific payments here and there,” said Kurtzhals said. “We are aware that there will be huge expenditure within the system. But we’re not too concerned about it because we have a direct line of communication from the national government to the regional government to the hospital directors.”

None of which is to say that countries with forms of single-payer healthcare or nationalized systems are flawlessly handling the COVID-19 pandemic, which has infected at least 173,000 people and killed more than 6,000 worldwide.

“We don’t have to worry too much about whether this response or that response demands specific payments here and there.”
—Jorgen Kurtzhals, University of Copenhagen

Britain’s National Health Service (NHS), following years of austerity imposed by Conservative governments, is facing staff and supply shortages as hospitals are being overwhelmed with patients. Canada, like the U.K., is struggling with a shortage of ventilators.

But Helen Buckingham, director of strategy and operations at the London-based Nuffield Trust think tank, told the Post that the NHS is in a relatively good position to cope with COVID-19 because it has “a very clear emergency planning structure.”

Additionally, Buckingham noted, “there is no need for people to worry about the tests or vaccine or cost of care if people become ill.”

David Fisman, an epidemiologist at the University of Toronto, said that in a “time of crisis” like the coronavirus pandemic, “having a healthcare system that’s a public strategic asset rather than a business run for profit allows for a degree of coordination and optimal use of resources.”

During the Democratic presidential primary debate Sunday night in Washington, D.C., former Vice President Joe Biden cited Italy’s struggles to contain COVID-19 as evidence that the Medicare for All system advocated by rival candidate Sen. Bernie Sanders (I-Vt.) would not be effective in a pandemic. Italy has been the hardest-hit country outside China with nearly 25,000 cases of the novel coronavirus.

“With all due respect for Medicare for All, you have a single-payer system in Italy,” said Biden. “It doesn’t work there.”

Dr. David Himmelstein, co-founder of Physicians for a National Health Program and distinguished professor of public health at the City University of New York at Hunter College, said in a statement Sunday night that the “fragmented system” in the United States “leaves public health separate and disconnected from medical care, and provides no mechanism to appropriately balance funding priorities.”

“As a result, public health accounts for less than 3 percent of overall health expenditures, a percentage that has been falling for decades, and is about half the proportion in Canada or the U.K.,” said Himmselstein. “One result is that state and local health departments that are the front lines in dealing with epidemics have lost 50,000 position since 2008 due to budget cuts.”

On the debate stage Sunday evening, Sanders made the case for transitioning the U.S. to a single-payer program, arguing that the coronavirus “exposes the incredible weakness and dysfunctionality of our current healthcare system.”

“How in God’s name does it happen,” said Sanders, “that we end up with 87 million people who are uninsured or underinsured and there are people who are watching this program tonight who are saying, ‘I’m not feeling well. Should I go to the doctor? But I can’t afford to go to the doctor. What happens if I am sick?'”

“So the word has got to go out, and I certainly would do this as president: You don’t worry,” Sanders added. “People of America, do not worry about the cost of prescription drugs. Do not worry about the cost of the healthcare that you’re going to get, because we are a nation—a civilized democratic society. Everybody, rich and poor, middle class, will get the care they need. The drug companies will not rip us off.”

Featured image: A medical staff member talks with a man with suspected symptoms of the COVID-19 coronavirus, at a testing facility in Seoul on March 4, 2020. (Photo: Jung Yeon-Je/AFP via Getty Images)