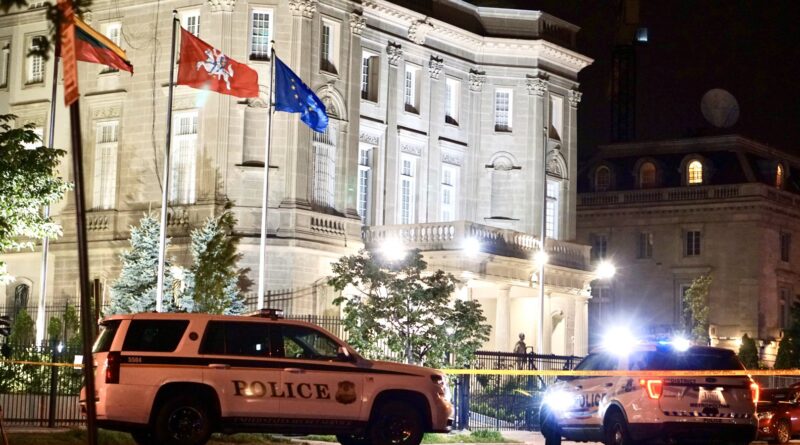 If found guilty, he will face a mandatory sentence of at least 10 years in prison on the charge of unloading a firearm during a violent crime.

A federal grand jury accused the perpetrator of the April 30 attack against the Cuban Embassy in the United States of multiple crimes, a fact about which the US government has remained silent until today.

A press release from the District of Columbia Attorney’s Office indicated that Alexander Alazo, with addresses in Middletown, Pennsylvania, and Aubrey, Texas, and who was arrested the day the attack occurred, faces charges of violent attack against a foreign official or official premises with the use of a deadly weapon.

RELATED CONTENT: Cuba: From the Moncada to the Front Lines of the Pandemic

The Cuban man was also accused of deliberately injuring or damaging property owned or occupied by a foreign government in the United States; and for the interstate transportation of a firearm and ammunition with the intent to commit a serious crime.

In addition to those three federal crimes with which he was charged in a criminal complaint, the grand jury added an additional charge for using, carrying, brandishing and unloading a firearm during a violent crime.

The press release recalled that on May 1, Judge G. Michael Harvey detained Alazo without bail awaiting trial, and stated that the charges against him stem from an incident in which Alazo fired approximately 32 rounds of an assault weapon against the Cuban embassy in Washington DC, a building that was occupied at the time of the act.

If convicted, he faces a mandatory sentence of at least 10 years in prison on the charge of unloading a firearm during a violent crime.

Meanwhile, violent assault on a foreign official or local official with the use of a deadly weapon, and intentionally injuring or damaging property of a foreign government carries a maximum penalty of 10 years in prison, a fine of up to $ 250,000, and no more than three years of supervised release, the text detailed.

The interstate transportation of a firearm and ammunition with the intent to commit a serious crime carries a sentence of up to five years in prison, a similar fine, and no more than one year of supervised release.

The Cuban government has repeatedly denounced the lack of an official communication by the Donald Trump administration about the attack on the diplomatic legation, an attack that has been condemned by numerous voices within the United States and internationally.

On July 9, the president of the Caribbean country, Miguel Díaz-Canel, criticized on Twitter the complicit silence of the United States that “protects terrorism, promotes hatred, supports impunity, in short, attacks and insults our people.”

Likewise, in a letter sent in late May to the president of the UN General Assembly, Tijjani Muhammad-Bande, the alternate permanent representative of Cuba to the body, Ana Silvia Rodríguez, maintained that the attack was a direct result of the hostile policy of the US government against the largest of the Antilles.