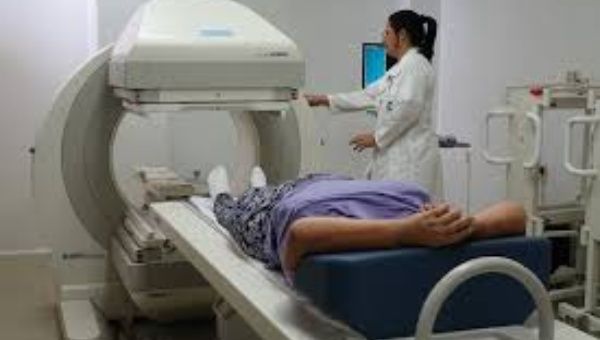 “Although Cuba went through economically difficult times, our state continued to offer specialized treatment to minors, fulfilling a commitment of solidarity”

HBO’s ‘Chernobyl’ has been criticized for being historically inaccurate, but on Sunday, Cuba pointed out that their crucial role in providing free treatment to the victims is being airbrushed out of history.

The recent HBO series takes a look at the events of the 1986 tragedy in Chernobyl, where an explosion at a nuclear facility in the former USSR caused huge damage in loss of life and radiation poisoning. The series, featuring entirely British actors, has been accused of being an anti-soviet smear piece aimed at protraying the Soviets as selfish and incompetent, one Russian outlet Rossiyskaya Gazeta said.

“The people are depicted as drunken lowlifes, to the extent that you find in some Hollywood movies, where Slavs show up as these disgusting, repulsive characters.”

Furthermore, Russian media has accused the show of multiple historical inaccuracies, journalist Alexander Kots says that a helicopter crash that appears in the series in fact happened at an entirely different time, and that the way the treatment of miners is depicted has no basis in historical fact.

However, Cuban media has now waded into the row, accusing HBO of airbrushing the socialist island’s role in providing free treatment to those affected by the disaster. Cuban outlet Cubadebate laid out the extent to which Cuba helped Chernobyl victims.

At the beaches of Tarara, 30 kilometers from Havana, Cuba had converted an elite holiday village into an enormous health center for children who had been affected by the nuclear disaster.

The health complex contained hospitals, schools and recreational areas, where children could recover in a holistic setting. Cubadebate reported on Sunday that over 25,000 children were treated for radiation poisoning between 1990 and 2011, mainly for cancer, deformations, muscle atrophy and other conditions related to radiation.

The comprehensive treatment that was provided also fell within Cuba’s ‘special period’ of intense economic hardship that followed the collapse of the Soviet Union, leaving Cuba without its main export customer. Despite the economic difficulties of those years, the treatment center in Tarara continued to operate. One Cuban doctor spoke to teleSUR about the programe in 2017, saying, “Although Cuba went through economically difficult times, our state continued to offer specialized treatment to minors, fulfilling a commitment of solidarity.”