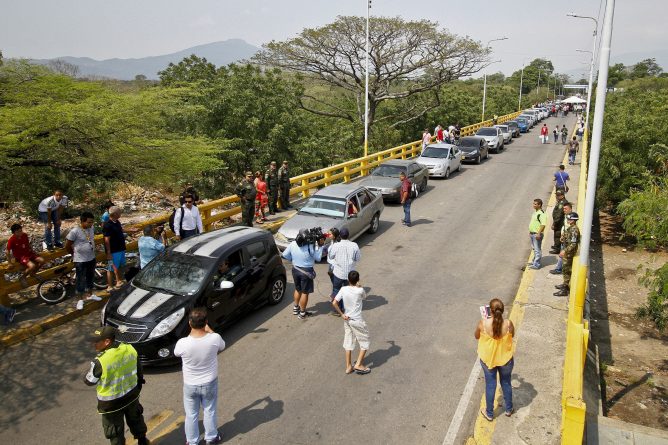 The closure of the Colombian-Venezuelan border (an action taken in the context of the tension that exists in the area due to threats of intervention in Venezuela) has intensified the internal crisis suffered by the city of Cúcuta, capital of the Norte de Santander department In Colombia.

According to the Colombian authorities, this measure has decreased the flow of people who transit the area every day. It has even made visible the lack of job opportunities that characterizes this region of Colombia.

“The situation worsens because the bridges are closed and there is not that dynamism that existed. This makes the city troubled because we have a lack of job opportunities and idleness is growing in the city. And because we do not receive resources to generate an expectation of employment from the national government, ” admitted the mayor of Cúcuta, César Rojas.

For his part, union leader Ramón Tamara told HispanTV that the city of Cúcuta has always lived with Venezuelans. “You see big closed supermarkets today, you see the trades people practically not selling anything because the people of Venezuela do not come,” he added.

RELATED CONTENT: Mayor of Cucuta to Duque: “Distribute the US Aid to us”

“As always, the city has bigger problems, greater difficulties, greater militarization. The city has the biggest problems in Colombia, unemployment, poverty and violence. A border in the hands of criminality, paramilitaries, insurgent organizations and local drug gangs,” said the president of the Progresa Foundation, Wilfredo Cañizalez.

In addition the gasoline smuggling has stopped and it has caused a de facto paralysis of the city dependent on the cheap gasoline that comes from Venezuela and feeds a black market economy which helps Cucuta inhabitants.