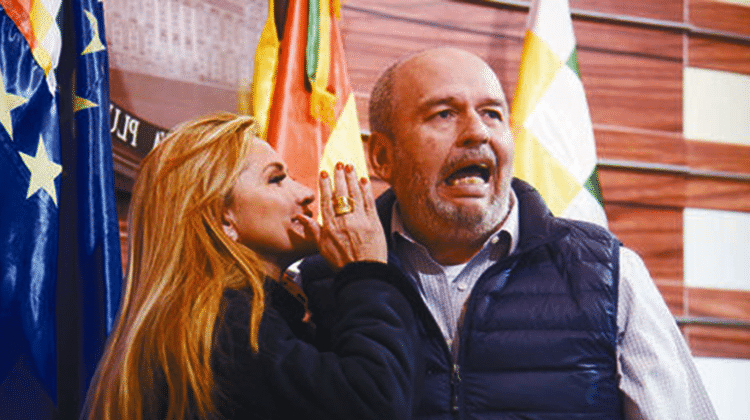 This Tuesday, new protests are taking place in Bolivia to demand the resignation of the de facto president, Jeanine Áñez, and the holding of democratic elections, postponed twice with the excuse of Covid-19.

While roads continue to be blockaded by the Central Obrera Boliviana (COB) and sectors allied with the deposed president, Evo Morales, hundreds of followers of the Movimiento al Socialismo (MAS) are heading peacefully to the town of El Alto, in the department of La Paz.

In this context, the Bolivian Government Minister, Arturo Murillo, affirmed on Monday night, in an interview on CNN, that “the politically correct thing would be to shoot” the protesters who have been protesting against the postponement of the elections by the dictatorship controlled Supreme Electoral Tribunal until October 18.

The official did not rule out the use of military force to dislodge the demonstrations. He said the government will try to reach an agreement to remove the blockades, but warned that failure to do so will activate the military: “There will be no other way to act but with the toughest hand, with the law in hand,” he said. And he added that he is “trying to avoid a civil war in the country.”

After that, Morales himself spoke through Twitter trying to decompress the tension, amid complaints about apparent attempts to ban the MAS, which the polls show as a potential winner of the [presidential] election.

“We must not fall for provocations that want to lead us to violence. Only with the people in power democratically and peacefully will we be able to resolve the crises and that means elections now, with a definitive and immovable date,” said the leader from his exile in Argentina.

Despite Morales’ call, local media reported the presence of some armed groups at the road blocks. With flags of the Whipala, which symbolizes the struggle of indigenous peoples, they demanded democracy and the immediate resignation of Áñez.

According to the Minister of Defense, Fernando López, in statements to the Bolivia TV channel, the situation does not imply “any risk for the operational potential of the Armed Forces and the National Police.”

The pickets are held in the cities of Cochabamba, Santa Cruz and La Paz, where the Bolivian government and parliament headquarters are housed, and are complicating the distribution of food and health supplies amid the health crisis due to Covid-19 in the country, according to the government.

The elections had already been postponed from May to September due to the health emergency, and last month the Supreme Electoral Tribunal announced October 18 as the “fixed” date for the general elections.