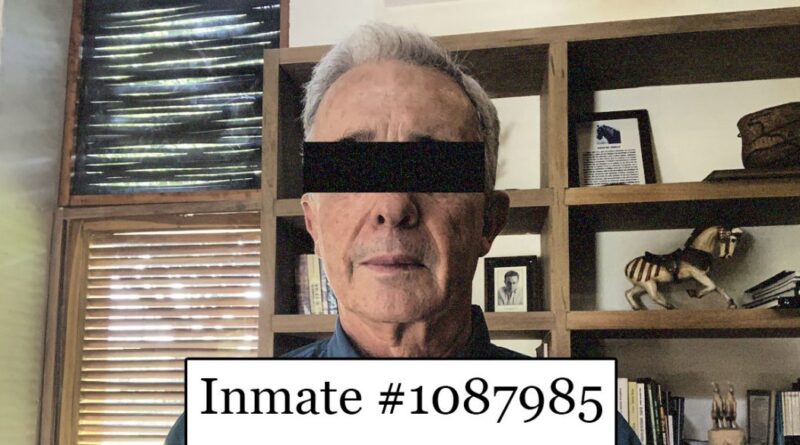 Controversial former Colombian President Álvaro Uribe reported this Wednesday, August 12, that he was listed as prisoner number 1,087,985 and requested that there be “transparency” in the case ongoing in the Supreme Court of Justice for alleged procedural fraud and bribery of witnesses.

Uribe, who ruled Colombia between 2002 and 2010 and is currently a senator for the right-wing ruling party Centro Democrático, spoke like this for the first time since the Court ordered his house arrest on August 4, after years of legal battles to show his involvement in crime while he was a Colombian politician and government official.

The case that has the former president in house arrest began in 2012 when he himself sued leftist senator Iván Cepeda for alleged manipulation of witnesses, who at that time was preparing a complaint in Congress against him for alleged links with paramilitarism, extrajudicial killings and false positives.

The process against Cepeda took a turn when Supreme Court magistrate José Luis Barceló closed the case and at the same time opened an investigation into Uribe for alleged manipulation of witnesses.