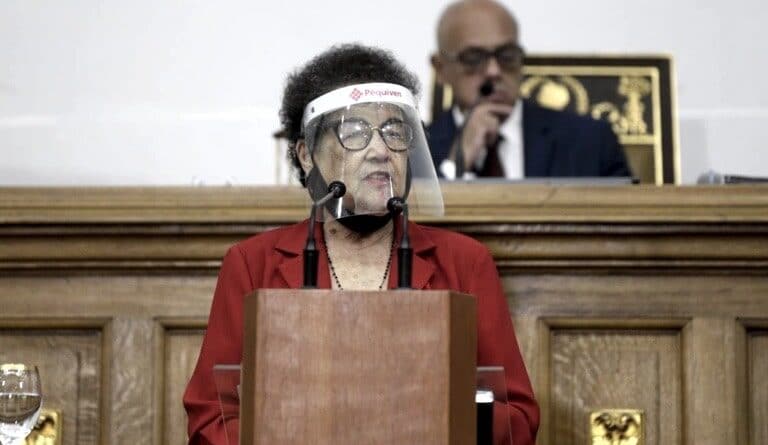 María León, president of the Special Commission to promote the eradication of machismo, has called upon men to participate in the discussion of the issue, in order to know their points of view and support for the cause. The National Assembly deputy opined that it is necessary to know what men think about it, and to carry out an analysis with that information so as to comprehend better the causes of machismo, gender-based violence and femicides in Venezuela.

“Little has been discussed about the role that men can play in the transformation of society,” stressed the deputy. “I am horrified by femicides, and I call upon the men of our country for a discussion on the matter. What is going on? What is the reaction of men towards the societal changes that we are experiencing and living?” she added.

León considers this proposal a necessary tool for generating positive changes regarding the role of women and men in society. “These are very important changes,” she added in reference to the objectives of the Special Commission that she heads.

On March 9, the Venezuelan parliament, following a proposal by deputy María León, approved the formation of a parliamentary commission for eradication of machismo in Venezuela. Cultural conservatism and male chauvinism are still widely prevalent in Venezuelan society that many attribute to the dominant macho culture perpetuated by men and promoted and supported by women.