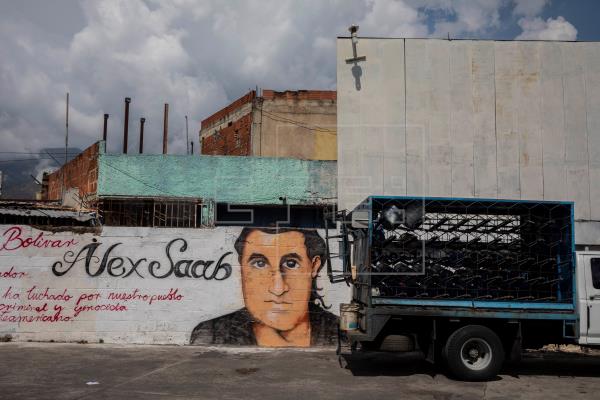 Mainstream media at the service of the national and international right wing, has tried to involve the matter of the lawyer for Venezuelan special envoy, Álex Saab, who was arbitrarily detained by the government of Cape Verde in June 2020, and still remains under house arrest in the African country.

Venezuelan news portal La Tabla reported on this “damage control” through a post on its Twitter account, in which the headlines of the main right-wing allied media, within and outside Venezuela, were displayed.

“Mainstream media doing ‘damage control’ on the arrest of Álex Saab’s principal lawyer in Cape Verde: He was released after a ‘brief detention’ of 10 hours!” wrote the aforementioned website in its post.

On Wednesday, March 10, José Manuel Pinto Monteiro, Saab’s main lawyer, was arrested when he tried to enter the house in Cape Verde where his client is under house arrest. According to Saab’s legal defense team, Pinto Monteiro was at the house to meet the Venezuelan diplomatic agent. It is worth remembering that Saab was granted the house arrest benefit after an international legal and media battle.

RELATED CONTENT: Alex Saab Declares to EFE: “I Would Not Collaborate with the United States”

This is not the first time that such a situation has occurred. According to La Tabla, this was the fourth time that Pinto Monteiro was prevented from meeting Saab.

Saab’s legal team issued a statement urging the government of Cape Verde “to reconsider its position and stop interfering with the team of lawyers.” The statement further highlighted that continued government interference in the legal process is “undemocratic behavior by the Cape Verdean authorities.”