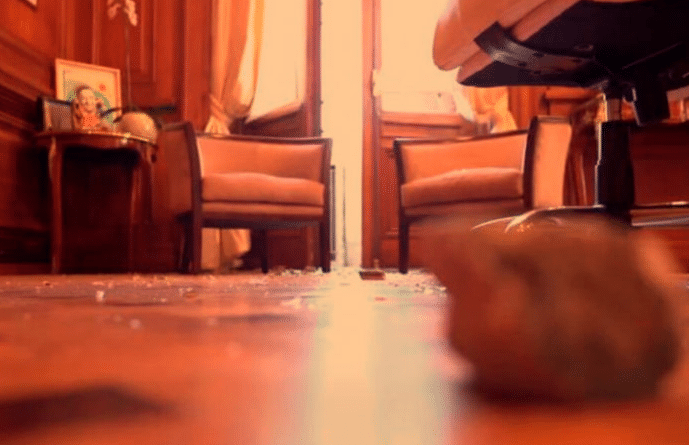 Cristina Fernández de Kirchner posted a video on her Twitter account showing details of the recent attack on her office, which took place during a debate over Argentina’s IMF agreement.

On Monday, through her Twitter account, she condemned the acts of violence, and wrote that “somebody planned and gave orders for” the attacks, which occurred this past Friday at Congress.

In the video, the day and time of the events can be seen. The recording shows the attackers throwing projectiles at the building and at Fernández de Kirchner’s office, on the first floor of Congress, starting at 3 p.m., after congresspersons had been evacuated.

After the attacks began, it took 20 minutes for police to arrive on the scene.

This Friday, Fernández commented in another video: “strangely enough it was my office which was attacked—the office of the person who happens to have stood up to the vultures, the person who kept the International Monetary Fund out of the country, keeping the legacy of my colleague Néstor Kirchner alive, who built the Frente de Todos [Everyone’s Front] which allowed us to defeat Mauricio Macri. It is too great a coincidence.”

She also mentioned that during the attack she was with senators Oscar Parrilli and Anabel Fernández Sagasti, and her son, Deputy Máximo Kirchner.

The office of Cristina Kirchner suffered serious damage when the stones thrown during the protest, organized by left-wing groups, broke several windows and objects inside.

The day before the attack, on Thursday, while the Argentine deputies were debating legislation, approved on Friday, to refinance the $45 billion IMF debt, protesters who questioned the IMF structural adjustment policies clashed with police outside of Congress.