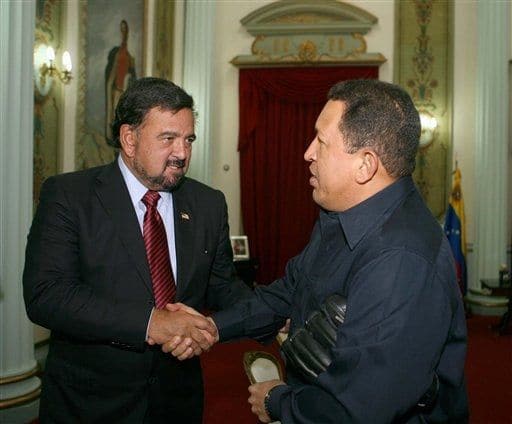 The true background of the visit to Caracas of the ex-Governor of New Mexico and businessman Bill Richardson, is oil and not to negotiate the freedom of the gringo mercenaries who participated in the failed armed incursion against Venezuela, on May 3.

This Monday news outlets circulated reports about an imminent visit of the former governor of New Mexico to Venezuela, allegedly to look for the liberation of two US mercenaries caught in fraganti during a terrorist plot to kidnap or assassinate the Venezuelan President Nicolas Maduro.

The information was revealed this Monday, July 13 by the investigative journalism website La Tabla: “Bill Richardson is going to Venezuela for oil, not just for the imprisoned gringos. The former governor of New Mexico has a lesser-known business profile and is linked to the oil business.”

He is a member of the advisory board for Genie Energy, (founded in 2011 by Howard Jones of IDT Telecom) where he serves with former Vice President Dick Cheney, media magnate Rupert Murdoch and former CIA chief James Woolsey, as well like banker Jacob Rothschild,” La Tabla posted on its Twitter account.

The office of the official known as “Governor” announced this Monday, July 13, that relatives of mercenaries Airan Berry and Luke Denman, imprisoned in Caracas, due to a frustrated coup, asked Richardson to travel to Venezuela for an alleged humanitarian mission, a hypothesis that was questioned by La Tabla.

Featured image: Bill Richardson during a meeting with President Hugo Chavez in 2008. Courtesy of La Tabla.