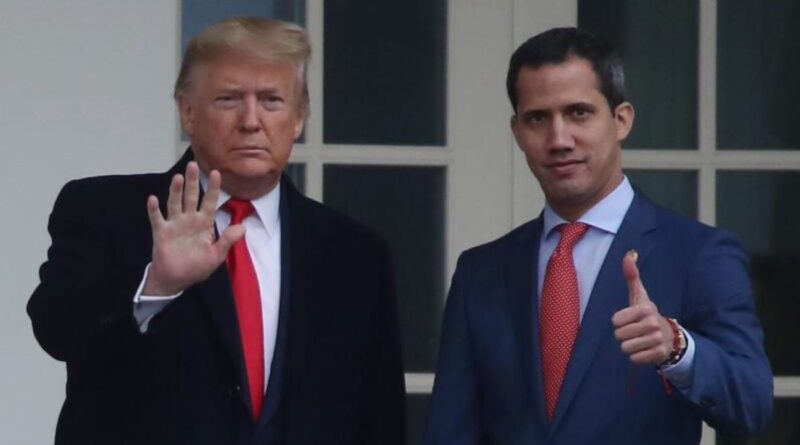 The US State Department reported this Saturday that Washington “has provided” Maduro’s detractors in Venezuela with $1.2 billion since 2017.

In a message posted on its Twitter account in Spanish, the aforementioned body of the US administration indicated that the support was directed at “vulnerable Venezuelans,” a statement that sparked a wave of criticism from Venezuelans, who could not hide their amazement at this revelation and wondered “Where is the money, really?”

RELATED CONTENT: Venezuela: More than 80% of Commercial Transactions in 2020 Made in National Currency (Bolivars)

“Those dollars are being enjoyed by relatives of the false opposition abroad,” a Venezuelan commented, referring to the State Department tweet. “What has been the fate of the said humanitarian aid? Because me and my family have never received a penny of it,” criticized another netizen.

For his part, the Venezuelan Vice Foreign Minister for International Communication, William Castillo, said that the money was destined to enriching the leaders of the opposition of the Venezuelan extreme right, led by Juan Guaidó, who proclaims himself “interim president” of Venezuela with political and economic support from US.

RELATED CONTENT: Venezuela and India Ratify Diplomatic and Cooperation Alliance in the Face of 2021 Challenges

In January 2020, the United States Agency for International Development (USAID) revealed that, since 2017, it had been financing the Venezuelan opposition with some $467 million in “humanitarian aid”.

Given this fact, the president of Venezuela, Nicolás Maduro, expressed strong criticism and personally ordered an investigation to determine where the funds went, both inside and outside the Latin American country.

In addition, last December, the Venezuelan president advised the members of the US Congress to investigate the destination of the billions of dollars that the outgoing US administration, presided over by Donald Trump, delivered in the last two years to the leaders of the Venezuelan extreme right, Leopoldo López, Julio Borges and Juan Guaidó, to destabilize the Caribbean nation.