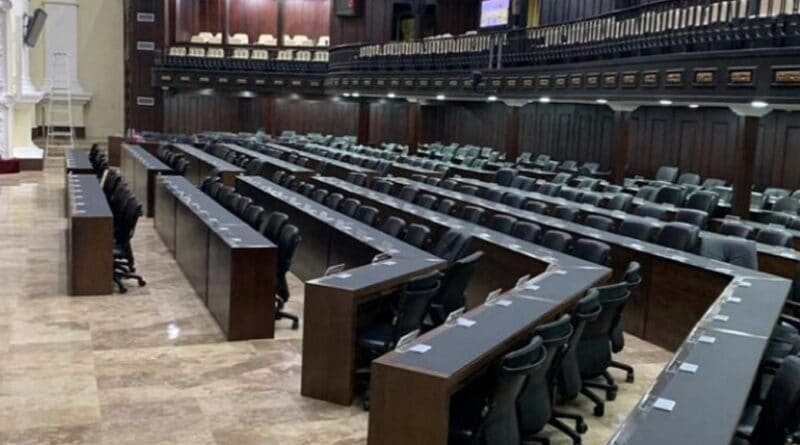 The floor of  the Federal Legislative Palace is already prepared to receive the new deputies who will take office on January 5 and assume their respective seats in the Venezuelan National Assembly (AN).

The information was released by the elected deputy  Diosdado Cabello through his Twitter account @dcabellor, in response to a question posed by the television producer Esteban Trapiello.

The floor was already modified so that each new parliamentarian can occupy his or her seat, said a press release.

The AN increased the number of seats, from 167 to 277 parliamentarians, of whom 130 were elected nominally, 48 by national list, and 96 by regional list, in addition to three deputies from indigenous communities.