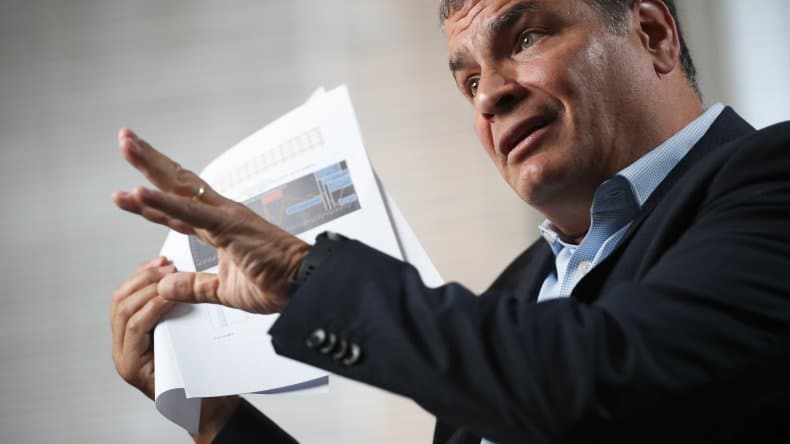 The Ecuadorian ex-president Rafael Correa, confessed this Wednesday, October 9, that if it is necessary to go to the polls, he will do so, in order to stop the political and economic crisis facing his country. He said he could hold a position as Vice President or lower.

“If I need to be a candidate, I will be, to stop the wave of protests. I could also hold a position of the vice-presidency or a lower ranked one,” Correa told reporters from the headquarters of the European Parliament in Brussels, where he has come at the invitation of United MEPs.

The former head of State from Quito, said President Lenin Moreno, is looking for ways to prevent early elections, because he knows he is a strong candidate, “he knows I would defeat them at the polls. Let’s see what will be invented next,” he added.

To prevent Correa from being measured in an electoral process, Moreno has already issued two national arrest warrants and a political disqualification against him.

RELATED CONTENT: Ecuador: What do Venezuelan Migrants Say About the “Lazybones Revolution”?

It should be noted that something similar to what Correa said is occuring in Argentina with the formula of Cristina Fernández de Kirchner, who is a candidate for vice-presidency in the country currently governed by Mauricio Macri. The former president ( Fernández) has mentioned that the slate that she is on with Alberto Fernández, “is the one that best expresses what Argentina currently needs to summon the broadest social, political and economic sectors”, and has emphasized that she never loses sleep over occupying a public position.