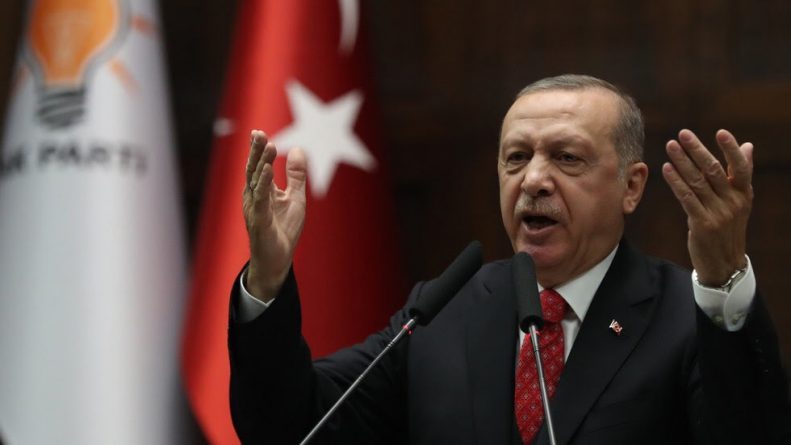 Turkish leader Recep Tayyip Erdogan has once again thrown his weight behind Venezuelan President Maduro, saying Western attempts to oust him are anything but democracy and rule of law.

“How do you oust a person who came to office through elections? How do you hand over presidential [powers] to someone who did not even get elected? Do you know what democracy is?”

The West, he said, is pushing for “an unlawful decision,” by which he seems to mean President Nicolas Maduro being removed from power. So, Turkey doesn’t accept “the world where might is right.” Erdogan stressed that “we are against this imperialist stance.”

This is not the first time Erdogan rendered support to Maduro. Previously, the Turkish leader said his “friend” in Caracas was facing “acts of sabotage from economic assassins,” seizing the moment to promise a strengthening of trade ties between Turkey and Venezuela.

Erdogan himself went through an attempted coup in 2016, which Ankara says originated from a US-based self-exiled cleric Fethullah Gulen, whom Washington refused to extradite to Turkey.

Political ties between Ankara and Caracas have flourished since 2016, when Maduro paid four visits to Turkey. In 2018, Erdogan travelled to Venezuela in a reciprocal visit, the first in history by a Turkish head of state.

Turkey has considerable interests in Venezuela, not to mention profits from bilateral trade. Venezuela sells gold to Turkey where it is refined and returned back. Turkey has also invested heavily in Venezuela’s state-controlled oil industry.