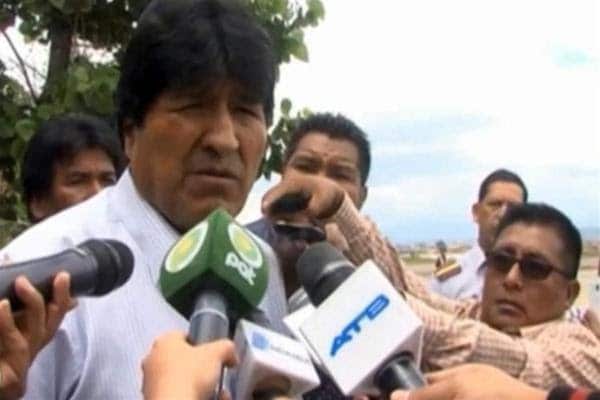 ‘CELAC is a mechanism of integration of the peoples of Latin America and the Caribbean, declared a region of peace. The de facto government has no authority to withdraw Bolivia from this forum of unity of free and sovereign States,’ the indigenous leader posted on his official Twitter account.

In recent hours the Bolivian de facto government, in the hands of self-proclaimed president Jeanine Añez, declined to participate in the transfer of the presidency pro tempore of CELAC and is considering whether it will remain within that mechanism, which integrates 33 countries, after formalizing its incorporation to the Lima Group.

Earlier, the indigenous leader used the same social platform to indicate that ‘there will be no Christmas Eve if a father, a mother or children are missing, having been killed by the de facto government of Añez.’

‘There will be no peace or love as long as freedom and democracy do not return, nor Christmas with asylees and the persecuted. An embrace to the families of our country,’ Morales added.

He also announced from Argentina, where he is residing with refugee status alongside other members of his cabinet, that they are coordinating with social movements to recover democracy in Bolivia.