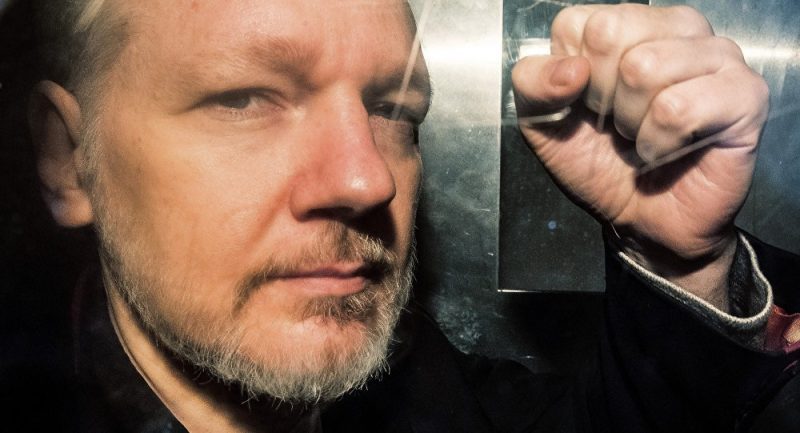 Former Ecuadoran Foreign Minister Ricardo Patino said that the United Kingdom would most likely extradite WikiLeaks founder Julian Assange to the United States because the recent decision of a Swedish court not to arrest the whistleblower in absentia on rape charges was likely aimed at facilitating the extradition.

“I think that now his extradition is the most likely [scenario]. Assange is now at great risk because [President of Ecuador] Lenin Moreno has betrayed his people. This is the risk of being extradited to the United States, and the reason behind the decision of the Swedish justice system not to hold him [Assange] accountable is to make it easier for the United Kingdom to send him to the United States,” Patino said.

According to the former top diplomat, Moreno has violated international law on asylum and human rights signed by Ecuador by terminating Assange’s political asylum and handing him over to UK police at the US request.

“These documents establish non-extradition. If someone received this status [political refugee], the country cannot go back on its words and return this person. Ecuador’s constitution has been violated, international agreements and human rights have been violated. In the future, he [Moreno] will have to answer for these violations,” Patino added.

The former foreign minister believes that Moreno understands that he does not stand a chance to be re-elected as president, but Washington has already promised to ensure a quite future for him in the United States.

RELATED CONTENT: Pamela Anderson: Assange is a Scapegoat, Not a Criminal (Interview)

Assange is currently serving 50 weeks in a London jail for violating his bail conditions in 2012, when he took refuge inside the Ecuadorian embassy in London to avoid extradition to Sweden on sexual assault charges. The whistleblower was arrested in the UK capital on April 11 after Ecuador deprived him of his asylum protection and let UK police officers detain Assange right inside the embassy.

US authorities are now striving to obtain Assange’s extradition to the United States, where he is wanted for the 2010 leaks of classified government data and has already been indicted on 18 charges bearing an up to 175-year prison term. The first hearing on the US extradition request is set to be held on Friday.

Sexual charges in Sweden were initially dropped a few years back, but the case was reopened in May after Assange’s arrest. Last week, a Swedish court refused, however, to uphold the prosecution’s request to arrest the WikiLeaks founder in absentia as part of the investigation.