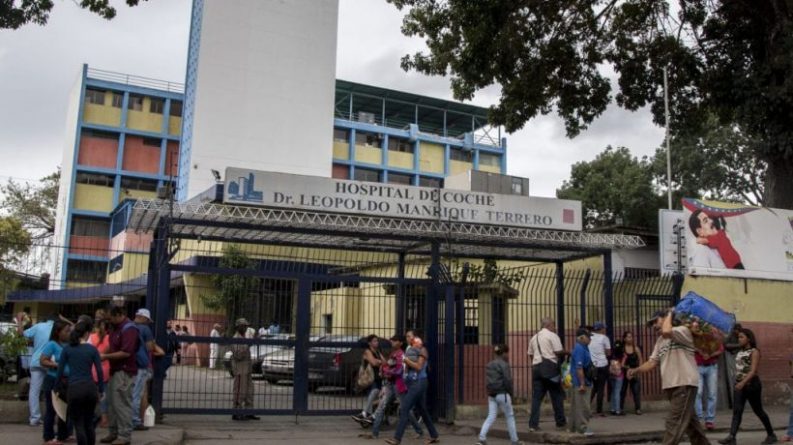 From the first hours of the blackout, leaders of the senior staff of antichavismo, along with NGOs funded by the State Department, spread the opinion trend of a massive number of deaths in hospitals derived from sabotage to the electric service.

In the distribution of roles and opposition spokesmen, the deputy Juan Manuel Olivares, was responsible for disseminating the figure of a total of 17 deaths that then the president of the AN, Juan Guaidó, validated as true in a press conference.

Olivares, besides not currently living in Venezuela, is known to have led the trucks that tried to enter “humanitarian aid” to the country in the failed operation of February 23. Using his profession of doctor, in the last years he has been one of the main propagandists of news favorable to the supposed existence of a “humanitarian crisis” in Venezuela.

While Codevida, an NGO representative of patients transplanted in Venezuela, reported that there were 15 deaths due to lack of dialysis after the interruption of the electric service during the sabotage of Guri. This organization, directed by Francisco Valencia, is part of the coalition of NGOs that promote the opening of a “humanitarian channel”, in accordance with the intervention strategy of the White House.

At the time this was happening, journalist Gustavo Ocando Alex, a contributor to BBC Mundo and The Miami Herald, gave false information about 296 people, including 80 newborns, dying as a result of the blackout in Venezuela. This news was spread by anti-chavista media until the president of the Zulia State Medical Association, Dianela Parra, denied that figure.

In addition, other media outlets were used to affirm that in Venezuela 80 neonates and almost 300 people have died. None of the media, or opponents of the government, has been able to present a list of deceased persons with names and surnames that certify their statements.

Meanwhile, the health minister of Venezuela, Carlos Alvarado, affirmed that there is no death due to the blackout, while he informed the population about the start-up of power plants in hospitals all over Venezuela.

Along this line, Alvarado asked patients requiring dialysis to go to health centers where they receive their treatment to be transferred to others in case they do not provide the service, leaving Codevida’s narrative weakened about kidney patients in a situation of abandonment by the State.

On the other hand, the need to disseminate information, without contrast, about the consequences of the electric attack coincides with the need to install in the national and international public opinion the figure of a “humanitarian intervention”. In this context, these false news form part of a new media offensive in favor of “humanitarian aid” as a necessary narrative to implement the Responsibility to Protect doctrine, used in Libya and Yugoslavia.

It is clear that at the media level, the ongoing operation is to use human consequences, through exaggeration and concealment of those directly responsible, as a means of convincing international public opinion to justify military intervention in Venezuela. The use of these false figures converges with the presence of the technical mission of the UN High Commissioner for Human Rights, whom they seek to drag into an interventionist position.