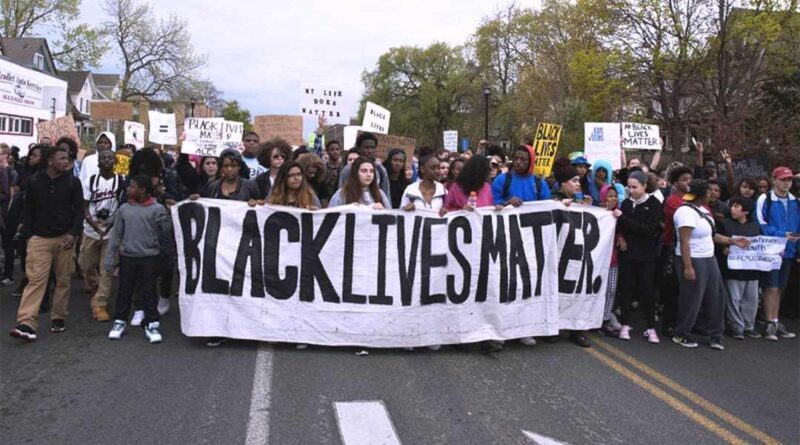 Portland, Ore., has become a battleground between anti-racist and social justice protesters on one side and federal forces dispatched by the White House and Department of Homeland Security (DHS) on the other.

The startling, rare use of federal agents is an attempt to end the demonstrations in Portland that have continued for more than 50 days after the murder of George Floyd by cops in Minneapolis. But demonstrators in Portland are not backing down even in the face of batons, tear gas and “less-than-lethal” munitions.

Over the July18-19 weekend, just hours after a fence around the federal courthouse was erected and the area was declared a “riot zone,” the fence was torn down. The Portland Police Association building was set afire. On Saturday, a group of more than 30 mothers — many wearing bicycle helmets — linked arms and formed a human shield to protect protesters as they faced off against the military.

The militancy of the protesters has strengthened the resolve of a number of elected officials who are in varying degrees fighting Trump to get the officers out of Portland. The mayor of Portland has demanded that Trump get the militarized units out and the governor of Oregon says she wants the federal officers removed. Oregon’s attorney general filed a lawsuit against the illegal detention of protesters.

The officers are not wearing any identification, are using rented, unmarked vehicles and have been grabbing people off the streets, detaining them and subjecting them to interrogation. They’ve tear gassed and brutalized protesters and caused critical injuries. There are numerous detentions in which the special forces simply grab someone coming or going to a protest. Accounts of some other arrests seem to indicate that they are using information from previous surveillance of the protests to target particular individuals.

The deployment to Portland is a repeat of what happened in the early days of June in Washington, D.C., when Trump used the military to clear Lafayette Square of protesters ahead of a publicity stunt in which he weirdly waved a bible around for the press. Demonstrators were beaten and tear gassed by thousands of federal forces from different military agencies. SLL writer Gary Wilson reported on the startling episode in a June 16 article titled “Donald Trump’s June 1 coup attempt.”

“Suddenly, the whole nation witnessed the aggressive and violent action by 5,000 National Guard troops and federal agents, decked out in full body armor, to move the protesters out of the way just before the president came out to speak about dominating the streets, saying, ‘As we speak, I am dispatching thousands and thousands of heavily armed soldiers, military personnel and law enforcement officers.’”

Trump was referring to the camo-wearing military force that first appeared in D.C. on June 1, is now in Portland, and which he is now threatening to send to Chicago and Milwaukee. According to the June 2 New York Times, in Washington the deployment included forces from the FBI; the Bureau of Prisons; the U.S. Marshals Service; the Bureau of Alcohol, Tobacco, Firearms and Explosives; Homeland Security Investigations; Customs and Border Protection; and the Defense Department, turning the nation’s capital into a heavily armed federal fortress.

Trump had been threatening to invoke the Insurrection Act of 1807 as he railed against the ongoing protests. But the shocking optics of parts of the U.S. military being used domestically brought about criticism from some of the military’s top brass. Instead of the Insurrection Act, he is now relying legally on a presidential directive that grants expansive powers in “domestic emergencies” to military agencies under the leadership of the DHS. The directive is part of the sweeping repressive powers given over to intelligence and military agencies that came about after 9/11.

The use of the military in Washington and Portland and the threat to continue its use in Chicago and Milwaukee raises the stakes for the working-class movement in the U.S. But it was the power of the uprisings after the murders of Ahmaud Arbery, Brionna Taylor and George Floyd that pushed the White House to take drastic and desperate measures. Trump’s “law and order” rants are, in fact, a sign of fear.

Elected officials may protest, but ultimately, it is the mothers who link arms and the protesters who return to the streets night after night that can push back against the repression and bring real change.