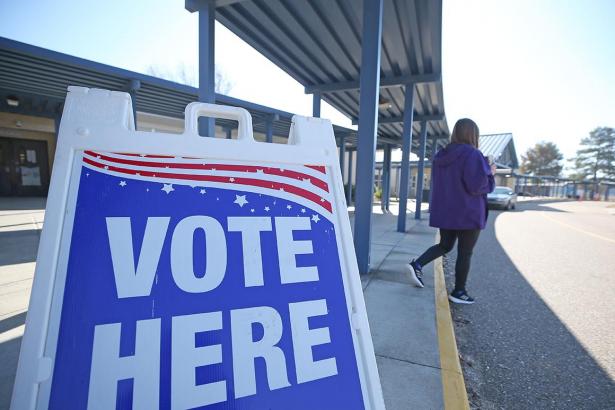 States can no longer deny people access to the ballot box based on unpaid court costs and fees, nor can they condition rights restoration on restitution and fines that a person cannot afford to pay.

TALLAHASSEE — A federal judge on Sunday dismantled Florida’s restrictive felon voting rights law in a ruling that could open the door to hundreds of thousands of new voters being added to rolls just ahead of the 2020 presidential election.

U.S. District Judge Robert Hinkle declared key portions of the state’s felon voting law unconstitutional, ordering the state to put in place a new process that would help people register to vote in the state.

Throughout his 125-page ruling, Hinkle chided the state for a “pay-to-vote” system that he said was Byzantine because, in some instances, former felons could not even figure how much money they owed.

“This pay-to-vote system would be universally decried as unconstitutional but for one thing: each citizen at issue was convicted, at some point in the past, of a felony offense,” the judge wrote. “A state may disenfranchise felons and impose conditions on their reenfranchisement. But the conditions must pass constitutional scrutiny.

“Whatever might be said of a rationally constructed system, this one falls short in substantial respects,” he said.

Hinkle’s ruling could lead to a major addition to the state’s voting rolls just months before the election in the battleground state. President Donald Trump, who narrowly won the state four years ago, has made winning Florida a key part of his reelection strategy.

One study done by Daniel Smith, a University of Florida political professor, found that nearly 775,000 people with felony convictions have some sort of outstanding legal financial obligation.

The decision comes nearly a year after the Republican-controlled Florida Legislature passed the law that requires people with felony convictions to pay all outstanding court debts in order be eligible to vote. Legislators passed the bill after voters approved Amendment 4 to the state constitution, which aimed to end the state’s lifetime ban on voting for most ex-felons.

Hinkle’s ruling did not completely strike down the law, but the judge asserted that requiring people with felony convictions to pay off costs and fees violated the U.S. Constitution’s ban on poll taxes.

He said these costs, which are separate from restitution paid to victims or fines ordered by a court, amounted to a form of tax since it was used to pay for administrative costs. Florida, he said, is also not allowed to bar former felons from registering simply because they can’t afford to pay any remaining fines and restitution.

“[T]axation without representation led a group of patriots to throw lots of tea into a harbor when there were barely united colonies, let alone a United States,” Hinkle wrote. “Before Amendment 4, no state disenfranchised as large a portion of the electorate as Florida.“

Hinkle did, however, reject arguments by the groups and individuals who sued that the Florida’s law was discriminatory.

The ruling was immediately applauded by the long-line of groups that were part of the legal challenge, which spanned three different lawsuits.

“Today’s decision is a landmark victory for hundreds of thousands of voters who want their voices to be heard,” Paul Smith, vice president of the Campaign Legal Center, said in a statement. “This is a watershed moment in election law. States can no longer deny people access to the ballot box based on unpaid court costs and fees, nor can they condition rights restoration on restitution and fines that a person cannot afford to pay.”

A spokesperson for Florida Gov. Ron DeSantis, who signed the law and defended the legal challenge, did not immediately respond to a request for comment.