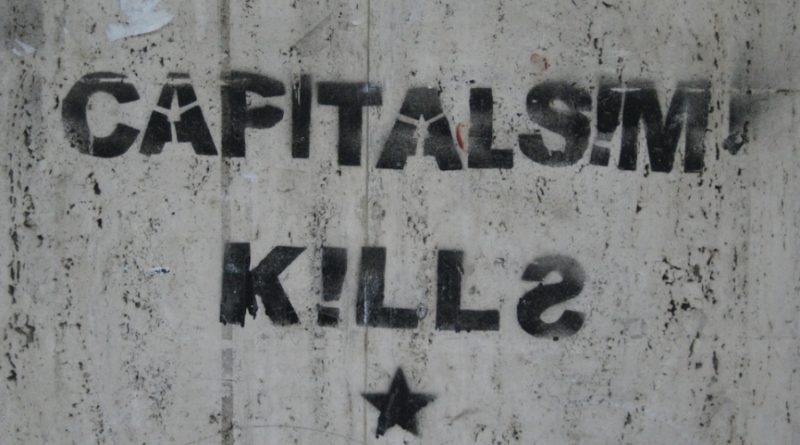 On April 3, thirteen hundred, twenty people (1320) died in the US from Covid-19, the disease inflicted by the novel coronavirus. Deaths in the US account for nearly a quarter of deaths resulting from the virus worldwide on that day. And New York state, the epicenter of US deaths, accounts for over one-half of those deaths (almost as many as the entire UK on April 3). To give some perspective, during the week of Tet, February 11-17, 1968 in Vietnam, five hundred, forty three (543) US soldiers were killed, the most lethal week of the war. Many attribute those deaths in war to shifting popular opinion and bringing the anti-war movement to decisive heights.

On April 3, nearly 40% of all new cases globally were located in the US. Clearly, the US is fast becoming the center of the viral attack, potentially the greatest victim.

At the same time, the response in the US has been woefully inadequate. New York needs 20,000 to 40,000 ventilators, but they have 2,200 stockpiled, with 4,400 coming from FEMA. The mid-Atlantic region has only 10% of its needed N95 masks and none of the 15,000 body bags requested. FEMA reports having only 9,961 ventilators on April 2. And so it goes, from state to state, each state competing with the others over scarce supplies, a glowing tribute to the virtues of the market economy.

Politicians and media gasbags who usually wrap themselves in the flag and spout patriotic platitudes in times of crisis are unusually subdued and circumspect. Except, of course, they are vocal in condemning, questioning, or misrepresenting the aid delivered by other countries, especially Russia and PRChina. There is a profound reluctance to admit that the US is not the shining city on the hill of long standing mythology, capable of overcoming any adversity without the help of others.

As Russia delivers needed medical supplies to the US, neo-Cold Warriors warn of the hidden motives and self-serving agendas that are really behind these acts of solidarity. At the same time, the US government, incompetent to deal with its own apocalyptic domestic crisis, tightens the noose it holds around contrived foes– Cuba, Venezuela, Iran– denying them access to crucial supplies necessary to combat the coronavirus.

Nothing demonstrates the extraordinary lengths to which the US elite will go to preserve its self-styled image of “free world” leader like its determination to deny the success of countries like PRChina or DRVietnam in defeating the virus. As new cases explode in the US, a wide range of media outlets, from the leading mouthpieces of the capitalist class, The Wall Street Journal and The New York Times, to  the “centrist” Washington Post, to the government-supported anti-Communist Radio Free Asia, to the wacko-right Daily Wire, are reporting that the wily Chinese have vastly under-reported the deaths in Wuhan and Hubei province.

Apart from man/woman-in-the-street anecdotal accounts blown into vast conspiracies, the gotcha-journalists build their case around a cremation urn-count supposedly made by unidentified “social-media sleuths” and the alleged report of one crematorium in Wuhan. The sleuths arrive at a figure of 42,000 virus deaths, “16 times the official number” for Wuhan. However, they fail to explain how, from an urn count, their sleuths can determine which urns contain remains from virus victims and which do not. This would be especially difficult since, given one estimate of the annual death rate in PRC (7.4/1000), one would expect a normal number of deaths in Wuhan and Hubei province in a four-month period of between 27,000 and 47,000 deaths.

RELATED CONTENT: USA: When the Invisible Hand Gives You the Finger

Bizarrely, Radio Free Asia arrives at their own count of 46,800 by simply assuming that Wuhan’s 84 furnaces have been running non-stop, 24 hours a day, with each cremation taking an hour. Again, no allowance is stated for “normal” deaths.

If this gruesome numbers-mongering is reminiscent of hysterical Cold-War demonizing, it is because it follows the same pattern of blatant, evidence-free slanders that characterized that era.

Western media and our political aristocracy would better serve if they would devote attention to the ballooning “unnecessary deaths” amongst the so-called “advanced” capitalist countries. They should be condemning the shamefully misnamed “bioethicists” who are ready to concede that we must devise criteria to summarily allow some sufferers to die for lack of enough beds, ventilators, or attendants; this is the bioethics of Nietzsche or Mengele.

Whatever other countries have done to save lives and are doing to help others should be celebrated rather than diminished.

Instead, Western pundits are pointing the finger and blaming others for the virus and the inadequate response, the economic collapse, and the growing human costs.

When not blaming the Chinese, it’s the Russians. Some point to “globalization” as the culprit, especially its just-in-time supply chains. Others blame the federal bureaucracy, a favorite target of the crazed government-is-the-enemy crowd. Or more specifically, it’s FEMA or the CDC, which certainly earned some blame for its smug, we-know-best negligence.

Of course the most vile charge is to condemn the US people for their lack of discipline, their faulty choices, their failure to heed their clueless leaders.

The tragedy is that the culprit escapes, only to inflict pain another day. Even much of the US left hesitates to bring the enemy fully into the light of day, preferring to blame today’s miseries upon “neo-liberal capitalism,” “disaster capitalism,” “crony capitalism,” or a hundred other flavors of capitalism that, if we were just able to purify them, everything would be good again.

But we are on the brink of an unprecedented disaster that will change everything. We need to accept that capitalism, not some aberration or deviation from capitalism, but capitalism itself, is bringing the Western countries to their knees, permitting the ravages of a virus to kill the weakest, most vulnerable of our sisters and brothers. It is capitalism that, despite commanding the most advanced science of history, allows possibly hundreds of thousands of people to succumb to a sub-life form, while other, poorer countries are able to meet that threat.

Surely these tragic events demonstrate that markets should not decide our fate, that profit must not govern our safety and security, and that we should not place our confidence in leaders who garner their stature from their proximity to wealth and power.