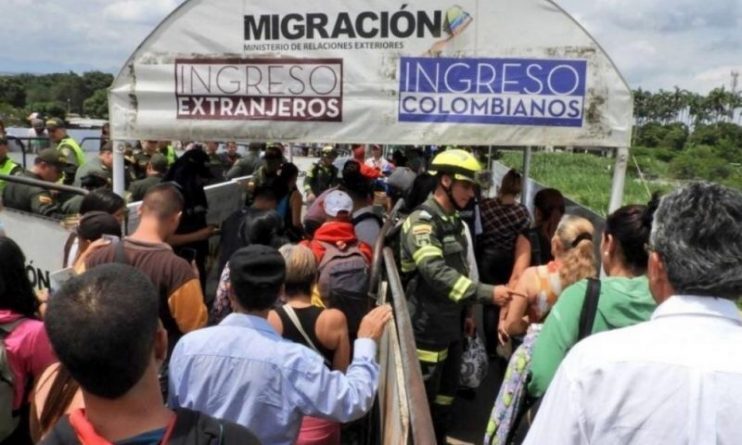 A few days ago the most recent report of the Ministry of Foreign Affairs of Colombia on Venezuelan migration was presented.

An indication of his lack of seriousness is given by the title that seems to paraphrase Woody Allen: “Everything you need to know about Venezuelan migration and they have not told you.” According to this document, in a report made by the Office of Migration on September 30 of this year, 1 million 32 thousand 16 people of Venezuelan origin were in Colombia under various migratory conditions (regular, irregular and in process of regularization). As soon as the first data are thrown, the challenge to logic begins: According to this same document, approximately 75% of the Venezuelan population living in Colombia is economically active, which is a clear advantage for the exploiting class of any capitalist country. The other is that only between January and September this year deported or expelled 968 people of Venezuelan origin.

For a more pragmatic objective, the National Council of Economic and Social Policy of the Republic of Colombia presented a document based on this report from Migración Colombia, in which it defines a strategy to address migration from Venezuela. This plan focuses on estimating the costs of each of the “attentions” it proposes.

As I mentioned in previous articles, the business of war also includes millionaire figures that move for the attention of displaced persons and refugees. Accessing these resources is one of the objectives of this manipulation of figures and characterizations of Venezuelan migration.

The mathematical incapacity has become fashionable these days between spokesmen and spokespersons of the Uribe government. One of the social crises facing the current Colombian government comes from the decision to reduce the budget of public universities and increase the military budget by 2019. That is one of the main demands of the calls that, incidentally, are being made from various sectors to the popular outlets of the main cities of the country as of today.

Annoyed by the demands of the student sector, the ultra-right senator Maria Fernanda Cabal, for example, said in an interview that public universities are an unnecessary expense, after all, she said, of 50 thousand students only 4 thousand are admitted to the University of Antioquia and 36 thousand are left outside (sic).

Defense Minister Guillermo Botero responded to the question about the origin of the figure of 6,000 parks that President Duque claims to have recovered, explaining to the journalist that this figure was “to add 1 + 1 + 1 + 1 … up to 6 thousand. ”

So now, trusting that the mathematical incapacity is generalized, the Ministry of Foreign Affairs of Colombia presents this report on the Venezuelan migration to Colombia so unserious and tendentious, that it merits these urgent lines to be denounced as one of the most inept maneuvers of the Colombian government against Venezuela in recent times.