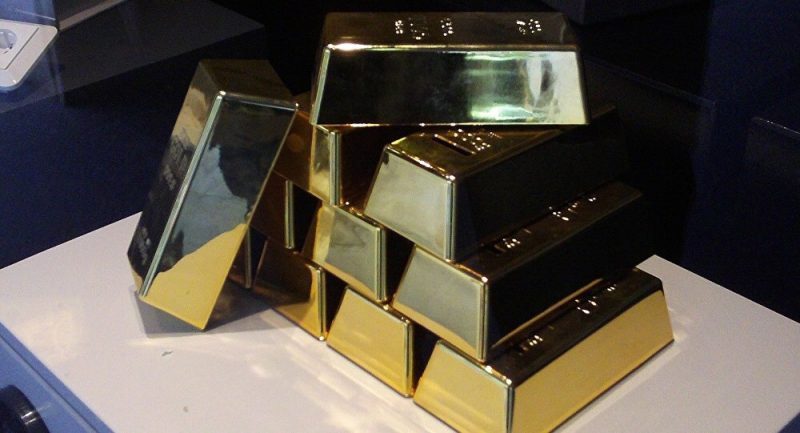 The call comes after reports emerged that the Venezuelan government is looking to repatriate gold bars worth about $550 million from the Bank of England out of fear that the holdings may be affected by US sanctions announced by President Trump early last month.

Venezuelan opposition leaders Julio Borges and Carlos Vecchio have urged the Bank of England not to hand over $550 million worth of gold to Venezuela.

In a letter to the bank, they claimed that Venezuelan President Nicolas Madurowould either pocket the gold or use it to illegally imprison and get rid of the government’s opponents.

“Maduro is not the legitimate owner of the gold. Without doubt the intention of Maduro and his regime is to steal these resources that rightly belong to the people,” the letter noted.

Borges and Vecchio, who currently live in self-proclaimed exile, also warned that if the Bank of England allows Maduro to repatriate the gold, it will further violate the bank’s legal obligation to fight money laundering and corruption.

The letter came after Reuters cited sources as saying in early November that the Venezuelan government is seeking to repatriate 14 tons of gold bars worth about $550 million from the Bank of England over concern that the holdings may be affected by US sanctions.

Maduro accused Trump of “schizophrenia” and pledged that Caracas would not “kneel down before American imperialism.”

According to Maduro, the Venezuelan government is in the process of certifying 32 gold fields which would turn Venezuela into “the second largest gold reserve on Earth.” With both public and private sector investment, the government is also building 54 gold processing plants.

In July, Venezuelan Minister of Ecological Development and Mining Victor Kano said that in light of the agreement that was signed this year with Ankara regarding the processing of gold, gold ore mined in Venezuela will be sent to Turkey for processing, purification of impurities and casting of gold bars.

Venezuela was ordered by a Canadian court in 2016 to compensate Canada-based Crystallex International Corporation for having nationalized its gold mining operations.

The Canadian company had demanded that Venezuela be forced to auction off its principal foreign asset, the U.S.-based Citgo Petroleum Corp refining business, but a settlement was reached. On Nov. 23, according to a filing in the Ontario Court of Justice, Caracas completed an initial payment of $425 million, mostly in the form of “liquid securities”.