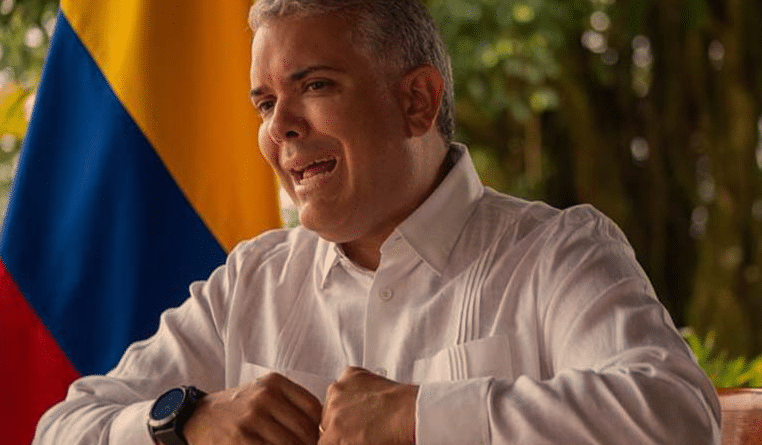 Venezuela’s Minister of Foreign Affairs, Félix Plasencia, denounced the recent words of the President of Colombia, Iván Duque, who commented on the efforts to restart the dialogue process between the government and the opposition.

“It’s not surprising that a politician of his type, incapable of respecting the peace accords in Colombia, would come out against the huge efforts by all of the parties involved to move towards a situations of consensus and dialogue in Venezuela,” wrote the Foreign Minister of the Bolivarian Republic via Twitter.

During an interview with the news agency EFE, the Colombian head of state questioned the efforts of the government and the opposition to re-establish a dialogue process in order to find an amicable solution to the tense political situation in Venezuela.

“Resuming negotiations is simply drawing out the agony of a baseless dialogue process, because what the dictator wants is to camp out in his position, it doesn’t make sense,” declared Duque.

Duque commented that the priority should be that “Maduro leave his post as a dictator and usurper,” while he showed his “disapproval” for the negotiations carried out in Mexico, which were interrupted by the kidnapping of the Venezuelan diplomat, Alex Saab, by the United States.

The peace accords, signed in 2016 during the term of Juan Manuel Santos and the dissolved FARC (Revolutionary Armed Guard of Colombia) were ignored by the Duque government. Since the peace accords were signed, 1,287 social leaders and activists have been assassinated in the country.

In this way, Plasencia highlighted how Duque’s obsession with Venezuela keeps his mind off the real problems of Colombia, where politically motivated and state-sanctioned massacres are commonplace.

“The compulsive obsession with Venezuela, afflicting the boss who has lodged himself in the Nariño Palace (Colombia’s seat of the presidency), is nothing but a way of smoothing over the massacres, the displacements, and the humanitarian tragedy that defines life in Colombia, a narco-state tailored by Señor Duque,” commented Plasencia on Twitter.

Featured image: Colombia’s President Iván Duque speaking to the camera, with his nation’s flag in the background. Photo: Últimas Noticias