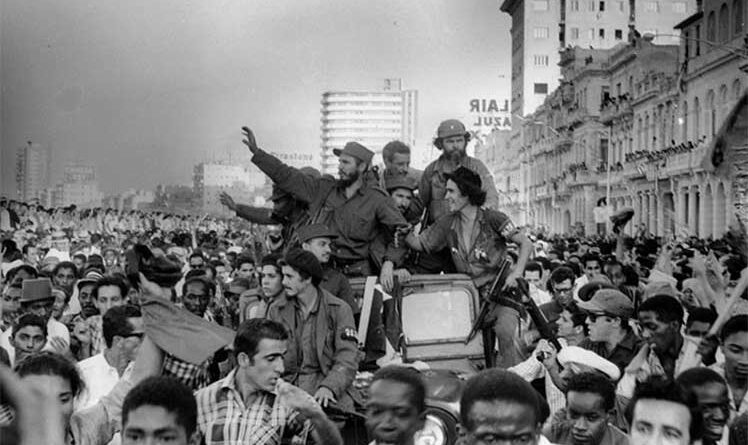 Fabian Escalante, a founder of Cuba’s state security services, served as head of Cuba’s Department of State Security in 1976 -1996 and vice-minister of the Interior Ministry. After 1993, he headed the Cuban Security Studies Center. In short, his views on threats posed by U.S. government agencies and on protecting Cuba’s Revolution carry weight

Writing September 23 on Cuba’s Pupila Insomne website, Escalante notes that, “the internal counterrevolution is reorganizing its forces and is on the offensive.” They are “calling for a ‘national strike’ for October 11 … to secure the ‘liberation of political prisoners.’”  He insists that, afterwards, “a group of ‘activists,’ presumably counterrevolutionaries,” will be seeking authorization from Havana municipal authorities “for a peaceful march against ‘violence’ in November.”

He regards the timing as crucial, inasmuch as in November Cuba will be re-opening its borders to international tourists; they’ve been excluded since the onset of the Covid-19 pandemic. At issue is revival of Cuba’s economy.

Escalante cites a Miami periodical’s report asserting that ‘marchers will be calling for rights for all Cubans, liberation of political prisoners, and democratic and peaceful solutions of differences.” The story portrays island-wide marches as challenging Cuba’s government to honor a constitutional right to “public protest.”

Escalante notes also that in Miami, “a sector of the Cuban community, manipulated by fundamentalist congresspersons Marco Rubio, María Elvira Salazar and their acolytes, are readying their weapons, coordinating and paying local peons.” These are “in close touch with counterparts on the island and will assist in creating an environment of social destabilization.”

Adding substance to a grim scenario is the reality of long-term and bipartisan U.S. funding of counter-revolutionary activity in Cuba. Journalist Tracey Eaton reports that presently “The U.S. Agency for International Development is offering up to $2 million for new democracy-promotion programs in Cuba. USAID’s goals are to Advance the effectiveness of independent civil society groups … [and to] Develop broader coalitions to expand civil society’s impact.”

In July, the House Appropriations Committee “approved a bill that would authorize the State Department to spend $20 million on democracy promotion projects in Cuba during fiscal 2022 … Nearly half the money – $9.98 million – would go toward civil society; $4.78 million would be spent on independent media and free flow of information and $5.24 million would be used to promote human rights.”

Regime-change fervor in official Washington is always intense. Miami congressperson Mario Diaz-Balart recently issued a statement praising “the many activists who have suffered or perished for simply daring to speak against the regime.” He had just introduced a resolution seeking international support for counterrevolution in Cuba.

RELATED CONTENT: Cuba: The Island at the Center of the Conspiracy – Interview with Ramón Labañino

Fabian Escalante is alarmed. He declares that, ‘In circumstances like those at present – pandemic, escalation of the blockade, scarcities etc. – we must not underestimate the enemy and if we want to transcend the impasse, we must accept the challenge, with MORE REVOLUTION, as Fidel taught us.”

Escalante calls for mass action, “local political and patriotic mobilizations.” And, “we will do what we know to do, which is to mobilize the people.” We will “strengthen the bases of our organizations with ‘new ideas [and] with concepts exceeding tired prescriptions for ‘change in style and working methods.’”

He calls upon “communists occupying the superstructure to come down … to organizations at the base and other area-based centers and, from there, [move on] to leadership elements of the remaining revolutionary forces.” They must “dialogue and hear about conflicts and local necessities and [then] undertake a counter-offensive.”

He believes that the “enemy of humanity, the U.S. government… is preparing to deliver the final blow to the Revolution.” He suggests that the Biden administration, presuming Cuba to be weakened, wants a “consolation prize” in view of recent U.S. defeats. Now, therefore, “The street belongs to the revolutionaries, as Díaz Canel has alerted us.”