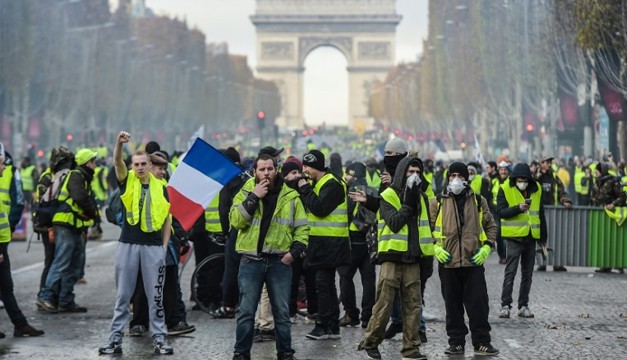 After hundreds of people were arrested and injured during Saturdays’ Yellow Vest protests, government is now mulling all options as a response. That includes a state of emergency, a spokesman confirmed.

“It is out of the question that each weekend becomes a meeting or ritual for violence,” a government spokesman, Benjamin Griveaux, told Europe 1 radio on Sunday. The Elysee Palace condemned the violence but said that the government was ready to talk with the protesters over the planned fuel hike and higher taxes, which triggered the unrest.

President Emmanuel Macron asked Prime Minister Edouard Philippe to hold talks with political parties and protest leaders. However, Paris is also apparently determined to keep its current reform plan. “We won’t change course. We are certain of that,” Griveaux said, hinting that the government was considering an imposition of a state of emergency over the protests.