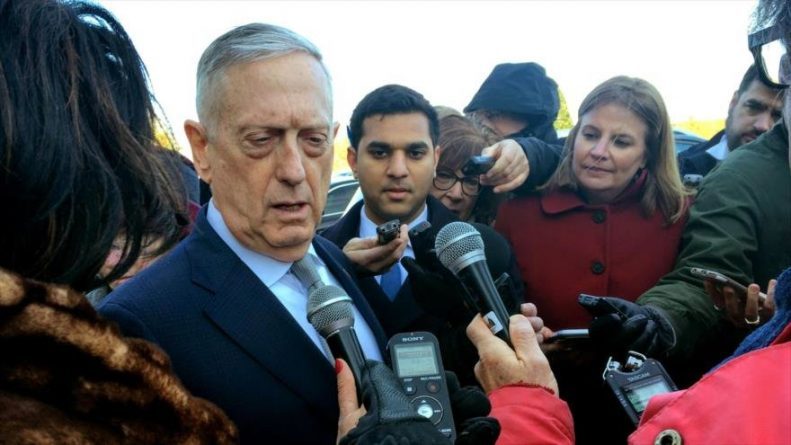 The US Secretary of State, James Mattis, called this Saturday “despot” the president of Venezuela, Nicolás Maduro, and said that “he will have to leave.”

“Ultimately, this regime will have to go” for the improvement of the situation in Venezuela, the Pentagon chief indicated in reference to the Maduro government.

But, Mattis has ruled out the intervention of Washington in “this process” that, in his opinion, depends on the Venezuelan people and other South American countries to define the way to accelerate the exit of President Maduro.

After calling Maduro an “irresponsible despot,” the US military has said that Washington should work closely with its Latin American allies to “stabilize the situation” and bring that country “in ruin” to “a more prosperous and positive future.”

“Ultimately this regime will have to go” for the improvement of the situation in Venezuela, said the Secretary of Defense of the United States, James Mattis, in reference to the Government of President Nicolás Maduro.

Mattis, who was speaking at a security forum in California (southwest), has emphasized that his country is doing everything it can at the diplomatic level with respect to Venezuela.

The Venezuelan government, which is trying to save the country from an economic crisis, has repeatedly denounced that it is subject to the “economic war” of the United States. that, through sanctions, seeks to overthrow the Maduro’s administration.

Caracas has warned that the civilian population, including children and adolescents, is the main victim of the US economic blockade. In mid-November, Maduro requested the intervention of the United Nations Development Program (UNDP) so that Venezuelans have access to drugs and medical equipment, blocked by US sanctions.

Yesterday, Maduro, denouncing the economic sanctions imposed by Washington against his country, compared his US counterpart, Donald Trump, to former Nazi Germany ex-dictator Adolf Hitler for “persecuting the Venezuelan people.”