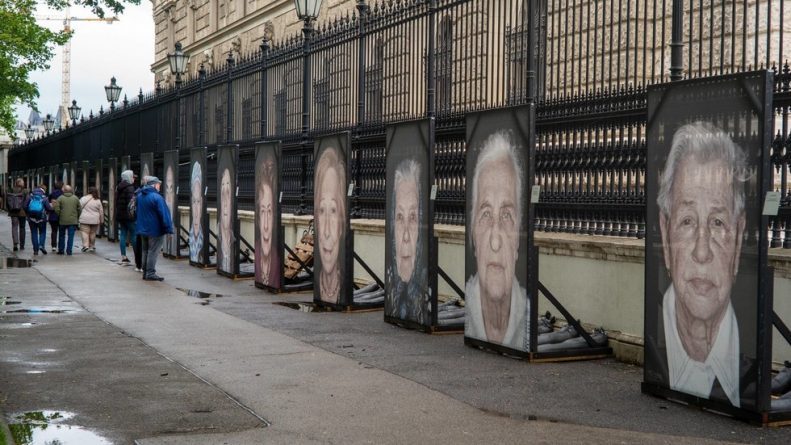 German historian Marie Sophie Hingst, famous for her blog about family members who perished in the Holocaust, has been caught in a lie. The revelation also put the media, which published her other ‘personal stories’, in a bind.

Hingst, who lives in Dublin, rose to prominence because of her stories about her alleged Jewish ancestors, who tragically died in the times of the Holocaust. These were published on her blog ‘Read on my dear, read on’ (now offline), which she started back in 2013 in Dublin. The blog featured accounts of her grandfather in particular, who she said was killed in the Nazi death camp Auschwitz.

Her exploits did not go unnoticed as, at some point, her blog reached a whopping 240,000 readers while she was named‘blogger of the year’ and awarded by the Golden Bloggers association – the group behind one of the major German social media influencers’ awards.

Hingst was also invited to moderate panel discussions for the association of patrons of the Berlin Holocaust Memorial and frequently spoke on behalf of relatives of the Holocaust victims, according to the German press.

However, her stories which awoke such an echo in her readers’ hearts turned out to be completely made up, as a group of archivists from the German town of Stralsund demonstrated. Hingst indeed mentioned Stralsund as the home town of her family – and rightly so. The town archivists, who were alerted by another German historian about the inaccuracies in her blog posts, found out, though, that her grandfather had never been sent to Auschwitz and was not even a Jew.

He was a Protestant pastor and his wife was a dentist and also a follower of Protestantism, according to Der Spiegel weekly, which was the first to break the story. Actually, none of her relatives were victims of the Holocaust, according to the German media.

This situation looks even more bizarre in the light of the fact that Hingst, who is now in hot water over her bogus stories, did not just manage to persuade her sizeable audience about the existence of as many as 22 fictional Jewish relatives but even deceived Israel’s Jerusalem-based Holocaust memorial Yad Vashem and got them to put her ‘relatives’ in their official remembrance lists by sending them fake ‘Pages of Testimony’.

Now, the German Foreign Ministry has had to alert the memorial about the recent revelations related to the blogger. Hingst herself apparently does not see the problem with her years-long hoax. The historian told Der Spiegel through her lawyer that her blog entries were written with a “considerable degree of artistic freedom.” She also explained that she did it not for the sake of fame but allegedly to combat severe depression. “This is literature, not journalism or historiography.”

‘Insufficient fact checks’
The ones, who got themselves in a real bind as a result of the award-winning blogger being exposed as a hoaxer, were the German media and some other Western outlets. It was soon revealed that Hingst didn’t stop at making up her family history and went even further by creating some fictional stories about her own life.

Over the years, reputable German media outlets were more than eager to publish stories about the woman, who, according to her own words, established a clinic in the New Delhi slums and helped refugees coming to Germany integrate by launching sex education courses. Now, as these facts have also been proven untrue, the media has rushed to frantically apologize to their readers and explain that they “had no reason to doubt” Hingst’s stories back then.

The German daily Die Zeit went to particularly extraordinary lengths to explain its blunder and published a lengthy blog-post, in which it described the numerous ways in which the editors verified Hingst’s claims only to admit that “the fact-checking before publication and after we received the first hints from our readers was far from sufficient.”

It is not the first time in the last six months that the German media has landed itself in hot water over fake stories. In late 2018, Der Spiegel, which broke the story about Hingst’s hoax, found itself at the center of a major scandal after it was revealed that its reporter, Claas Relotius, who occasionally wrote pieces for other German news outlets as well, was exposed as a fraudster.