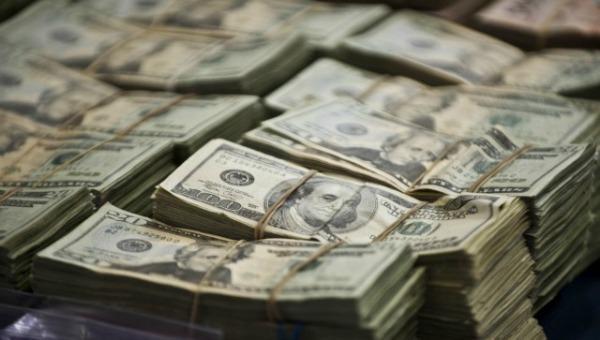 When we talk about the confiscation of thousands of millions of dollars or euros from the Government of Venezuela, ordinary mortals are not able to quantify or measure what this means and what the consequences are of this type of sanctions against the Venezuelan people as a whole.

On May 3 a new report was published by the Center for Research in Economics and Politics (CEPR, by its acronym in English), prepared by economists Mark Weisbrot and Jeffrey Sachs.

The publication (which can be downloaded in full here ) transforms the blockade and the economic war into human lives and finds that “the sanctions, the economic measures implemented by the Trump government since August 2017, have caused tens of thousands of deaths and are rapidly worsening the crisis. ”

“This is illegal according to US law, international law, and the treaties that the United States has signed. Congress should do something to stop it, “said Mark Weisbrot, co-director of CEPR and co-author of the report.

“The Venezuelan government is usually blamed for the entire economic crisis in the country (…) But it is much more than that. US sanctions deliberately aim to destroy the Venezuelan economy and, therefore, lead to a regime change. It is an unsuccessful, ruthless, illegal and unsuccessful policy that causes serious damage to the Venezuelan people,” said Jeffrey Sachs, co-author of the document.

The consequences in lives lost due to the direct blockade were estimated by the CEPR as more than 40,000 people killed between 2017 and 2018 and it is estimated that the situation could worsen if the situation continues in 2019.

Between December 2014 and April 2019, the Government of the United States has issued a law and seven executive decrees that punish and penalize the Venezuelan economy by applying the blockade and confiscation of financial assets, the prohibition to negotiate the debt of Petróleos de Venezuela SA (PDVSA), increase of Country Risk and financial costs, prohibition of operations with gold, confiscation of assets (CITGO and assets of PDVSA), sanctions to the Venezuelan oil trade, sanctions to the Central Bank of Venezuela, as well as fines and administrative penalties to foreign trade operations.

In our column last week ( https://cajaderespuestas.blogspot.com/2019/05/eeu-reconoce-responsabilidad-sobre.html ) we pointed out that the US government boasted and presented as achievements of the management of its Department of State both the application of these sanctions and their consequences.

No one can claim that the consequences of the blockade on the Venezuelan people are unknown, since the United States, and the sector identified as the “hawks” of Washington, is not only aware of the effects of these acts, but has specifically sought those results to force President Nicolás Maduro to leave office for which he was elected on May 20, 2018 and to surrender by hunger and deprivation the Venezuelan people.

In several banks are “repressed” – a euphemism to say that they stole the money – huge sums of money that is actually owned by the Bolivarian people.

The total (cash) resources that these prestigious financial institutions have pulled down fromVenezuela are USD 5,470,030,645.30. Neither you nor I have our confidence in those banks, but you know who not to trust with your money. It may be that they “repress” it.

However, not only have these robbers in suits and ties appropriated Venezuelan resources following indications from the US government, the total losses and costs for the Venezuelan economy caused by the economic blockade imposed by the United States between 2015 and 2018 are estimated in more than 130,000 million dollars.

You are already dizzy – and I am too – with so many zeros, but I can assure you that these data are verified, since the sources are several and coinciding: the human rights organization Sures, the research team of Misión Verdad, Professor Pascualina Curcio, the Ministry of Foreign Affairs of Venezuela and the Ministry of Finance of Venezuela.

It’s a lot of money. I do not know about you, but after the first million I couldn’t do the math “with that, what I would do is …”. But we can make some comparisons to illustrate.
According to various sources available on the web, the construction of a hospital incorporates a cost per bed and all its annexed services of between 1,300,000 and 1,500,000 dollars. Assuming the cheapest figure, with the figure that the United States has sequestered from Venezuela, it could have built two thousand hospitals with 50 beds with the latest technology.
The construction costs of a school can be verified at https://webspm.com/Articles/2015/07/01/School-Costs.aspx , where it is indicated that a school for approximately 600 students costs around 16 million in dollars. With the debt that the United States and its allies owe Venezuela, 8,125 schools with more than 600 students could have been built.
The page http://www.globalemergencyvehicles.com/company/blog/ambulance-for-sale-that-will-work-for-your-budget indicates that an ambulance can be between USD 100,000 and USD 200,000. Assume an average price of 150,000 and we obtain that with the money stolen from Venezuela, 866,667 fully equipped ambulances could have been purchased.
According to various sources consulted, the cost of a police patrol car with the corresponding equipment is around USD 30,000, so that it could have bought 4,333,333 patrol cars.
Not to mention that with 130 billion dollars can be paid almost 380,000 treatment for life for HIV patients, you can buy almost 644 million tons of beef, almost 38 million tons of milk powder or more than 320 million tons of rice.

The next time someone talks to us about the crisis in Venezuela, let’s translate those figures that for none of us – common people in the wild – mean anything.

Let’s talk about people who died because the blockade did not allow them to attend, hospitals and schools not built, patrols and ambulances that do not circulate in the streets, food and medicines that could not be bought. Do not tell us figures.