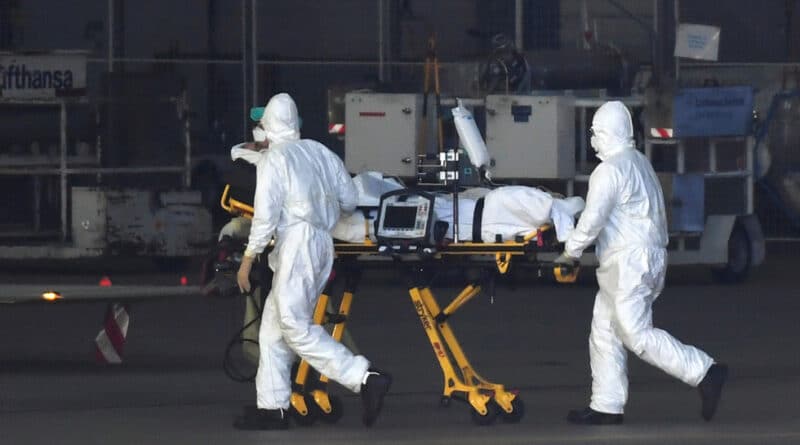 Germany has asked the European Commission to begin negotiating with Moscow over Russia’s Sputnik V vaccine, despite it not yet receiving approval or registration from the EU’s regulatory body, the European Medicines Agency (EMA).

That’s according to an alleged German government source quoted by the outlet Politico Europe.

The source told the news site, which is partially owned by Germany’s Axel Springer group, that Berlin wants Brussels to start discussions with Moscow immediately, so that the bloc is ready to import doses as soon as the EMA approves the Covid-19 shot.

“We believe that this process can start now, while the [regulatory authorization] is still ongoing,” the official said, according to the online publication. So far, there have been no discussions between Brussels and Moscow on the matter.

The EMA began a review of the Sputnik V vaccine in early March. As well as testing the formula and making sure it complies with EU regulations, officials will also conduct inspections at facilities where the vaccine is produced.

Despite it not yet being approved across the bloc, two EU countries, Hungary and Slovakia, have already unilaterally imported and started using the vaccine. Leaders from other countries, such as Austrian Chancellor Sebastian Kurz, have called for the bloc to register the Russian formula quickly.

So far, the jabs from BioNTech/Pfizer, Moderna, AstraZeneca, and Johnson & Johnson (Janssen) have been certified in the EU.

Despite the lack of decision from the EMA, the vaccine’s producer R-Pharm revealed on Wednesday that the company intends to start making the jab in Germany this summer. It announced plans to begin production in Illertissen, a town in Bavaria. The company already has equipment and staff in the area.

On Tuesday, Vietnam became the 56th country in the world to approve Sputnik V, meaning 1.5 billion people now live in countries where they can receive the jab. Of those 56, seven are in Europe – Russia, Belarus, Serbia, Moldova, Slovakia, North Macedonia and Hungary.

In August 2020, Sputnik V became the world’s first registered Covid-19 vaccine. Made by Moscow’s Gamaleya Center, studies published in the British medical journal The Lancet revealed that it has an efficacy of 91.6%.

Featured image: FILE PHOTO. A patient from Bergamo is carried on a stretcher from a German Bundeswehr air force Airbus A-310 “Medivac” during their arrival at Helmut-Schmidt-Airport, as the spread of the coronavirus disease (COVID-19) continues, in Hamburg, Germany March 29, 2020. © Reuters / Fabian Bimmer