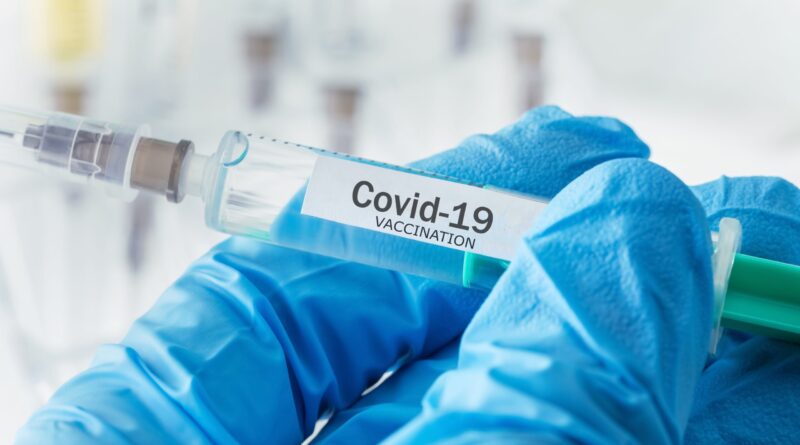 As if the loneliness of isolation and the distress of new infections and the mourning for those who have transitioned to another phase of existence due to the pandemic were not enough, we also feel deep outrage when one of the cruelest aspects of the false values of capitalism is thrown into sharp relief: it makes a business out of life and death.

The U.S., the European Union, and the United Kingdom opposed the proposal to exempt Vaccines against COVID-19 from patent protection and intellectual property rights. This proposal was presented before the World Trade Organization (WTO) in October 2020, by South Africa and India, and more than 100 countries have signed on. It consists of eliminating the intellectual property barriers so that enterprises can transfer their technology and knowledge to other production plants in order to have massive production of all the doses needed to immunize the world’s population as quickly as possible. According to Tedros Adhanom Ghebreyesus, Director of the World Health Organization (WHO), this production capacity does exist.

The Agreement on Trade-Related Aspects of Intellectual Property Rights (TRIPS) agreed to by the member states of the WTO is nothing more than the legal creation of monopolies to the extent that it allocates to capitalist proprietors exclusive rights for production and commercialization of goods for many years. The argument that they employ is that these patents are the only way to guarantee that there is an incentive to invest in research and development.

With “incentive” as their coercive argument, what they really achieve is to award pharmaceutical corporations the power to decide who lives and who dies, as well as what we will live on and what we will die from. It is the pharmaceutical corporations that decide what the research agenda should be, based on what will be most profitable, which tends to make illnesses chronic and not by chance.

The fact is that the financing for the research does not even come from private pharmaceutical industry sources. It has been governments that have historically made available the financial resources and it has been the universities and important public institutions that have developed the research that, later, the pharmaceutical industry has appropriated.

The US pharmaceutical corporation Moderna developed a vaccine against COVID-19 with 100% public financing, receiving 2.5 billion dollars. The pre-orders amounted to 780 million doses at a price of $31 dollars per dose, which will generate earnings of about 24 billion dollars US. You can do the math showing what the profits of this business will be.

Vaccines against COVID-9 are a booming business, seemingly the best business opportunity of our times. Governments took on the responsibility of the research investment and gave the funding to the private pharmaceutical industries. They have a guaranteed market because those same governments pre-ordered the vaccines from the corporations that they gave financing to. All the profit will go to the pharmaceutical industries, most of them private, which also, thanks to the monopoly granted by those same governments by the Agreement on Trade-Related Aspects of Intellectual Property Rights (TRIPS), have exclusive rights of production and commercialization for years.

This restriction of access to the vaccine, as a result of these patents, is taking place at the same time as 500,000 people are getting infected daily and 8,000 people are dying each day due to COVID-19. Is this, or is it not, the most heartless possible example of capitalism?

Today, while the high-income countries are vaccinating one person per second, the majority of countries have not even given a single dose of vaccine, according to Oxfam. Of the 128 million doses of vaccine given to date, more than three-fourths have been administered in just 10 countries that represent 60% of the world’s Gross National Product. Almost 130 countries, with 2.5 billion inhabitants, have not even begun the vaccination process, according to the WHO. It is estimated that by the time we are six months into 2021, only 3% of the population of the countries with fewest resources will have been vaccinated, and, in the best-case scenario, only one-fifth of these people will have been vaccinated. (Oxfam) This will not only delay the economic recovery of these countries but also the recovery of the conditions of life for their people. The U.S. has received 25% of all available vaccines in the world, and the EU countries have received 12.6%

The arrogance of the U.S., the European Union, and the United Kingdom is so great that, in order to favor their pharmaceutical corporations, they have refused to grant exemption from patents even though they agreed at the WHO in 2001, to be flexible regarding intellectual property rights in cases of public health emergency.

“…the TRIPS Agreement does not and should not prevent Members from taking measures to protect public health”. In this regard, the Doha Declaration enshrines the principles WHO has publicly advocated and advanced over the years, namely the re-affirmation of the right of WTO Members to make full use of the safeguard provisions of the TRIPS Agreement in order to protect public health and enhance access to medicines for poor countries.”

What greater public health emergency could there be than this worldwide pandemic if you will excuse the redundancy, caused by a lethal and highly contagious virus?

As if all of the above were not enough, it is irritating to know that, at an average price of $15 per dose, and supposing that two doses each are given to the world’s 7.9 billion people, one would need $231 billion dollars to immunize the world’s population, an amount that would not even represent 5% of what the planet’s 2,000 billionaires have made during the pandemic, thanks to the money that governments injected into the stock markets while 500 million people were added to the list of those living in extreme poverty, a list that now adds up to about 4 billion people.