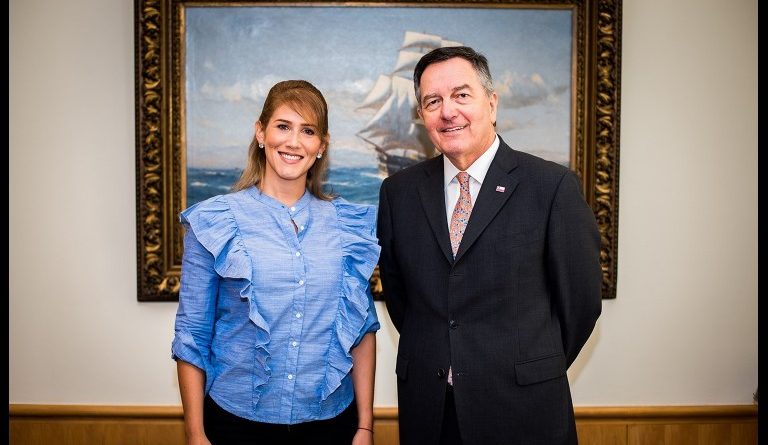 Guarequena Gutiérrez left her post for “economic and immigration reasons.”

Guarequena Gutiérrez, representative in Chile appointed by Juan Guaidó, resigned from her “diplomatic post” because for “economic and immigration reasons,” she cannot attend to the responsibilities that this diplomatic representation entails.

On January 29, 2019, Gutiérrez was named diplomatic representative in Chile by Guaidó.

A lawyer who will be 37 this month, Gutiérrez explained that representing Chile for Guaidó was something she did with “exclusive dedication” and without remuneration, and for which she had to resign her previous job at an imports company.

RELATED CONTENT: “Voluntad Popular” (VP) Leader Resigns: Venezuela is Not Prepared for What I Have to Say About VP

Chilean socialist politicians have denounced Gutierrez for being paid directly by the Chilean Ministry of Foreign Affairs and she publicly recognized a few month ago that she opted for a low profile due to Chile still formally recognizing the government of President Maduro, despite the fact that in the media they support the regime change operation led by the United States in which Juan Guaidó is allegedly the “interim president” of Venezuela.

Now, for financial reasons and the need to renew her visa in Chile, she needs to abandon this “work” to find a paid job and thus meet the requirements to be able to stay in Chile on a regular basis with a non diplomatic visa.

“Economically, I have not had a salary or what that entails: contributions, inclusion in the Chilean health service and in the pension system, being able to apply for a visa to stay in the country, etc., and I have a non diplomatic visa that expires in September and I have to start applying for it in July, ” she explained.
Combining the representation of the administration of Guaidó with a paid job is something that she sees as impossible because “the diplomatic and political work that must be done to keep Venezuela on international agendas is constant and takes a lot of time.”

Regarding the person who will now occupy her “post”, Gutiérrez indicated that he/she will be appointed by Guaidó. Based in Chile since 2018, Gutiérrez said that despite her resignation from the position she held until now, she will continue to work for Venezuelans living in the country and supporting Guaidó.