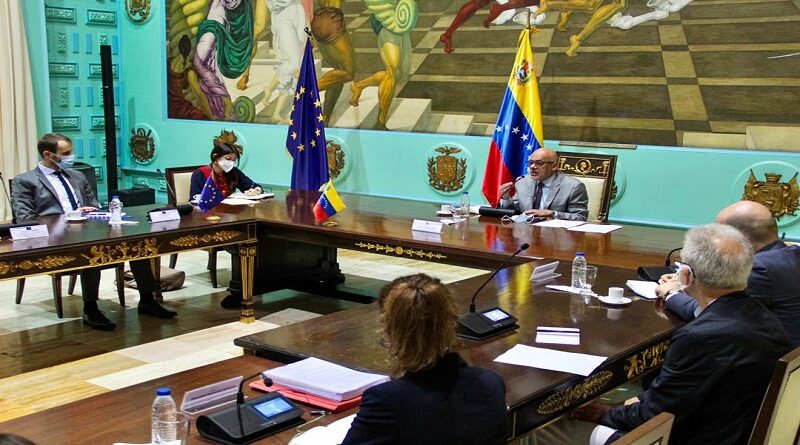 On Friday, July 9, the President of the National Assembly (AN), Jorge Rodríguez, met members of the European Union’s (EU) electoral exploratory mission to Venezuela, with whom he held a cordial and fruitful meeting in regard to the proposed EU electoral observation mission for the November 21 mega-elections.

In his Twitter account @jorgerpsuv, Jorge Rodríguez explained that he had summarized to the members of the EU mission the broad electoral guarantees that will be effective for the mayorship and governorship elections scheduled for November 21 this year.

The Venezuelan Ministry of Foreign Affairs, via its Twitter account @CancilleriaVE, had informed that on July 8, the European Union technical mission had arrived in Venezuela to meet representatives of the Venezuelan State as well as the country’s political leadership, as part of a technical mission to review whether the European body will send an electoral observation mission for the November 21 polls.

On November 21, Venezuelans will go to the polls to vote and elect their respective governors, mayors, legislators and councilors.